How old is the Earth?

The age of the Earth is 4.54 ± 0.05 billion years (4.54 × 109 years ± 1%). This age is based on evidence from radiometric age dating of meteorite material and is consistent with the radiometric ages of the oldest-known terrestrial and lunar samples.

Following the scientific revolution and the development of radiometric age dating, measurements of lead in uranium-rich minerals showed that some were in excess of a billion years old. The oldest such minerals analyzed to date – small crystals of zircon from the Jack Hills of Western Australia – are at least 4.404 billion years old. Comparing the mass and luminosity of the Sun to those of other stars, it appears that the solar system cannot be much older than those rocks. Calcium-aluminium-rich inclusions – the oldest known solid constituents within meteorites that are formed within the Solar System – are 4.567 billion years old, giving an age for the solar system and an upper limit for the age of Earth.

It is hypothesised that the accretion of Earth began soon after the formation of the calcium-aluminium-rich inclusions and the meteorites. Because the exact amount of time this accretion process took is not yet known, and the predictions from different accretion models range from a few millions up to about 100 million years, the exact age of Earth is difficult to determine. It is also difficult to determine the exact age of the oldest rocks on Earth, exposed at the surface, as they are aggregates of minerals of possibly different ages. 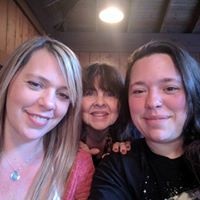 Tom Baker
Albert Einstein said, &quot;If the theory does not fit the facts, change the facts. &quot; The fossils and geological evidence also point to a &quot;young earth&quot;. That leaves the theory of evolution based as much on faith as information in the Bible. The theory of evolution has as much dubious &quot;fairy tales&quot;. Sand dunes in Colorado have shark teeth, seashells, and fish fossils; as well as areas where petrified palm wood can be found. Geologist studied the effects of Mt. St. Helens after it exploded in May of 1980. They have found that trees and fossils mirrored images of &quot;ancient&quot; digs. Something to ponder, don&#39;t you think?

Bren
The elements of the earth may &#39;have been billions of years old before God put them together and formed the earth. When you bake a cake your flour might be 6 months old your baking powder might be 2 months old eggs a day, but when you put it together and bske it&#39;s a cake and you bake it is the day it becomes a cake even though all the ingredients are older.

Michael DeSantis
The bible does not say that the earth is only six thousand years old. I got this correct.

LarryLane0415
No FRANK got his info from Mr. Know It All. So he must be right. ( Just Saying) Charlotte Knight
You crack me up, man! :-D

LarryLane0415
Earth is 1000 years old, if it was any older then every one on earth would be FAT. Right now only 98% is FAT. Just Saying Stuart Russell
Johnny, it appears that you are -correctly - using scientific logic and evidence, whereas Frank is basing his answer on that dubious book of myth and historical fiction known as the bible. Johnny Guerra
Franks.....I&#39;m not sure where ur getting ur numbers from....but according to geologic history its about 4.6 billion years old....sorry to disappoint u. Frank Speed
The fact are wrong the earth is 6000 get or take this is the wrong answer
Author:
fspeed
Writer