The thylacine is commonly known as the Tasmanian tiger (as it had stripes on its back) or the Tasmanian wolf (as it resembled a small wolf or a dog). The name "thylacine" comes from Greek, meaning dog-headed pouched one. The Tasmanian tiger was the largest carnivorous marsupial of modern times, until it went extinct in the 20th century. The thylacine was the only remaining member of the Thylacinidae family.

The thylacine is described as a shy nocturnal animal, resembling a medium-sized or large-sized dog with a stiff tail and abdominal pouch.

Intensive hunting, dogs, and human civilization led to the extinction of the species. The last thylacine, named Benjamin, died in captivity inside the Beaumaris Zoo in Tasmania. The Tasmanian tiger was officially listed as a protected animal only 59 days before Benjamin's death.

What are your thoughts on this subject?
150 Comments Samantha Limburg
Look at you bunch of sooks. It&#39;s a Tasmanian Tiger, which is a Thylacine. Australians would know the question. It&#39;s not a Dingo. It&#39;s not a Tiger. I am laughing that so many are upset that they got it wrong. Now you know how the rest of the world feels when quizzes are all rigged with US questions that don&#39;t relate to any other country. They are not related to cats or dogs. They had pouches. They weren&#39;t related to kangaroos either. Leonard Brill
Deb Herbert , you&#39;re right it wasn&#39;t a trick the answers were intended to obfuscate. I knew it was a Tasmanian Tiger, but that ain&#39;t one of the answers. Since they had Tasmanian dingo as an answer that is what I picked. This was bogus. Laurie Acklin
That was a trick question, I don&#39;t like those.

Vince Savage
Excellent Q and A...and despite the whining below, I&#39;ve known about this poor animal for years....highlighted by the fact that there are only a handful of genuine photographs. It is also debatable whether or not it is extinct, only time will tell...I&#39;ve got my fingers crossed there are a few, out there, somewhere.

Not available for comment.
As an Aussie I was grateful for that question.

Peter Robertson
Easy enough for some of us and a lesson for others.Means it&#39;s a good question and what&#39;s the problem if you miss some???

Sean Philips
Marjorie Healey, I’m Australian too and can assure you that dingo is most certainly NOT the common name for a Tasmanian tiger in Australia. Two different animals - do some research before giving Australians a bad name! 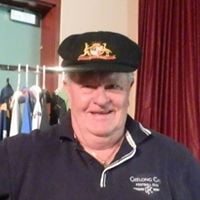 Not available for comment.
A Tasmanian Tiger is known as a Thylacine

judy
wbkatz, Common name of Thylacine is Tasmanian Tiger. A dingo is not a marsupial. Cheers from Australia

pamela h
Leonard Brill, I agree with you Leonard.

Colin David Field
Grace Bowman-Tuttle, that will be a short episode then

Colin David Field
mike wronna, yes there’s a lot of Vitamin B around these days

Colin David Field
Laurie Acklin, actually you just didn’t know the answer. A trick question is something else

Colin David Field
Lynne Zeman, are you kidding? My Dad was Tasmanian but he wasn’t a tiger OR a dingo

Colin David Field
Samantha Limburg, correct. There is old b&amp;w movie footage of the last survivor which I recall died in about 1930

Colin David Field
Barry Lasker, because it’s a different creature, chalk and cheese. And try not to use WB cartoons as authoritative documentation

Colin David Field
Leonard Brill, you knew it yet you got it wrong. Tasmanian dingo?? That’s a good one 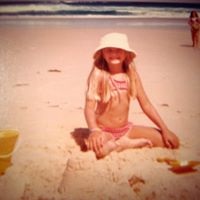 Barry Lasker
Didn’t look anything like the one in bugs bunny.

Lynne Zeman
Leonard Brill, I count foul on this one. I chose a Tasmanian Dingo because I read a article on it just the other day I knew it was Tasmanian. However the answer was a Thylacine &quot;otherwise known as the Tasmanian Tiger&quot;. It is Tasmanian nonetheless. I agree with you Leonard Brill. Scott Dentz
Very interesting and terribly sad that they couldn&#39;t be saved from extinction.

Cottec
IT won&#39;t be the last species we lose. Wake up humanity.
Author:
Troian
Writer