In what year was the Treaty of Portsmouth signed?

The Treaty of Portsmouth formally ended the 1904–05 Russo-Japanese War. It was signed on September 5, 1905 after negotiations lasting from August 6 to August 30, at the Portsmouth Naval Shipyard in Kittery, Maine, United States. U.S. President Theodore Roosevelt was instrumental in the negotiations and won the Nobel Peace Prize for his efforts.

The signing of the treaty settled immediate difficulties in the Far East and created three decades of peace between the two nations. The treaty confirmed Japan's emergence as the pre-eminent power in East Asia, and forced Russia to abandon its expansionist policies there, but it was not well received by the Japanese people. The Japanese public was aware of their country's unbroken string of military victories over the Russians but was less aware of the precarious overextension of military and economic power these victories had required. News of the terms of the treaty appeared to show Japanese weakness in front of the European powers, and this frustration caused the Hibiya riots, and the collapse of Katsura Tarō's cabinet on January 7, 1906.

Because of the role played by President Theodore Roosevelt, the United States became a significant force in world diplomacy. Roosevelt was awarded the Nobel Peace Prize in 1906 for his back-channel efforts before and during the peace negotiations, even though he never actually went to Portsmouth.

Linda Shaw
Should have stated which country, USA or England 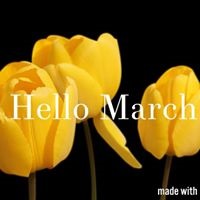 Wayne Linburg
Patricia Cairns, No. The USA was a late comer in that category

Sally Downie
Joseph A. Robitaille, it does, I live in Portsmouth, UK and had never heard of it, so read on and saw United States

Richard G Schwartz
The Japanese will do anything to save face. Marina Anna Vida
The date is clearly visible in the photo Patricia Cairns
So the USA wasn’t considered a “super power” before that?

Karen S. Wolf
Linda Shaw, First paragraph does say United States, though by the time you read It, it’s too late to be of any help.

Joseph A. Robitaille
Should mention what country or state.
Author:
brian l
Writer