What instrument was played by famous Jazz Musician Louis Armstrong?

Louis Daniel Armstrong (August 4, 1901 – July 6, 1971), nicknamed Satchmo, Satch, and Pops, was an American trumpeter, composer, singer and occasional actor who was one of the most influential figures in jazz. His career spanned five decades, from the 1920s to the 1960s, and different eras in the history of jazz. In 2017, he was inducted into the Rhythm & Blues Hall of Fame.

Armstrong was born and raised in New Orleans. Coming to prominence in the 1920s as an "inventive" trumpet and cornet player, Armstrong was a foundational influence in jazz, shifting the focus of the music from collective improvisation to solo performance. He earned a reputation at "cutting contests", and moved to New York in order to join Fletcher Henderson's band.

With his instantly recognizable gravelly voice, Armstrong was also an influential singer, demonstrating great dexterity as an improviser, bending the lyrics and melody of a song for expressive purposes. He was also very skilled at scat singing. Armstrong is renowned for his charismatic stage presence and voice almost as much as for his trumpet playing. Armstrong's influence extends well beyond jazz, and by the end of his career in the 1960s, he was widely regarded as a profound influence on popular music in general. Ailsa Lind Coates
He was called Satchmo because of his wide mouth = Satchel mouth.

Stephen Forest
My worst quiz yet (: 3 mistakes were just too fast

M.C.F
He could sure play what a talent

epwjah
Saw him at one of his last performances when he was at the Newport Jazz Festival.

Cedric Walters
Saw the former Mayor of the bib easy Ray Nagin on a episode of American greed . The legend Satchmo

Cheryl McMeekin
Great musician, got it. Ken Glatzer
I keep getting re-directed to other websites, and am unable to complete the games.

Sue Gembrini-Spataro
When I saw him in person about 5 or 6 years before he died.....we sat right on the floor 3 feet from him and that “handkerchief was the size of a very very big dishtowel, he used it to wipe his face because he swetted buckets...no way was there anything in it.

hodoushere
Rumor has it that an illegal substance was in his handkerchief...more likely it was to wipe sweat away and helped him grip his trumpet. 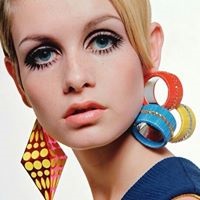 ninakamwene
Missed it. A great musician and may he RIP.

Claire Mitchell
There is a statue on one Royal Caribbean upper deck ship in his honour.

Karen Mulhollem
who can forget him and his raspy voice, and his music!
Author:
brian l
Writer