Which city is the capital of the German state of North Rhine-Westphalia?

Düsseldorf is the capital and second-largest city of the most populous German federal state of North Rhine-Westphalia after Cologne. The city lies in the centre of both the Rhine-Ruhr and the Rhineland Metropolitan Regions with the Cologne Bonn region to its south and the Ruhr to its north. Most of the city lies on the right bank of the Rhine (as opposed to Cologne, whose city centre lies on the river's left bank). The city is the largest in the German Low Franconian dialect area (closely related to Dutch). "Dorf" meaning "village" in German, the "-dorf" suffix (English cognate: thorp) is unusual in the German-speaking area for a settlement of Düsseldorf's size.

Mercer's 2012 Quality of Living survey ranked Düsseldorf the sixth most livable city in the world. Düsseldorf Airport is Germany's third-busiest airport after those of Frankfurt and Munich, serving as the most important international airport for the inhabitants of the densely populated Ruhr, Germany's largest urban area. Düsseldorf is an international business and financial centre, renowned for its fashion and trade fairs, and is headquarters to one Fortune Global 500 and two DAX companies. Messe Düsseldorf organises nearly one fifth of premier trade shows. As second largest city of the Rhineland, Düsseldorf holds Rhenish Carnival celebrations every year in February/March, the Düsseldorf carnival celebrations being the third most popular in Germany after those held in Cologne and Mainz.

perkyposey
I&#39;ve been there, amazing place!

Annie
Another- why did I know this answer???😳

Char
Louella Wilson, Cologne was my guess too

Char
Missed that one drat broke my on a roll lol

Howard Groopman
Hard to believe THAT many people got this right without cheating. 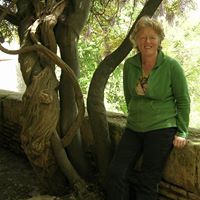 Louella Wilson
I thought that it is Cologne also. But, on checking, while it is the largest city, Dusseldorf, the second largest, is the capital. Something learnt!