Which signers of the U.S. Declaration of Independence later became United States presidents?

Of the 56 signers of the U.S. Declaration of Independence, only two would become president of the United States. The two future presidents were John Adams and Thomas Jefferson. In light of what George Washington accomplished during his life, it is often believed that he was a signer of the U.S. Declaration of Independence and later became the first person to be a U.S. President. This belief is totally false. George Washington was not available and didn't sign the document in 1776.

John Adams (1735 – 1826) from the state of Massachusetts was the second President of the United States from March 1797 – March 1801. His Vice President was Thomas Jefferson. He was preceded by George Washington and succeeded by Thomas Jefferson. During his life, Adams was a lawyer, diplomat, and political theorist. He was seen as a dedicated diarist and correspondent, particularly with his cherished wife Abigail. Adams' signature appears on the right side of the Declaration of Independence.

Thomas Jefferson (1743 – 1826) from the state of Virginia became the third President of the United States. He served as president from March 1801 – March 1809. His Vice Presidents were Aaron Burr (1801–1805) and George Clinton (1805–1809). Jefferson was preceded by John Adams and succeeded by James Madison. Jefferson was a strong proponent of democracy, republicanism, and individual rights. Jefferson's signature is located 5th from the bottom and in the center of Declaration of Independence.

wordster
joannediverdoherty, Not relevant to the question. He also had an affair with one of his slaves, Sally Hemings, who was with him for almost 30 years and bore him 6 children. Your response sounds like one of those people who think he was a criminal who should not have been president because he owned slaves, as did Washington and most of the Southern gentry (and some of their bigoted &quot;Southern gentlemen&quot; today would, too, if they could). You cannot judge the 18th century by 21st century standards. 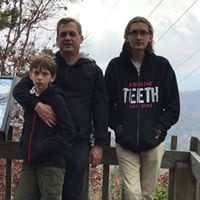 Kevin Mournighan
The question is about the Declaration of Independence, not the Constitution. Nina Davis
I did not know this. I was sure George signed the Constitution. One of the best things about this game is even when you are wrong; you win because you learn.

GONavarini
Cedric Walters, try living ANYWHERE else in the world, my friend. We have it very good here. Perhaps too good.

Joanne Serin
Nina Davis, thiscis about the Declaration of Independence. Washington was leading the American Revolution when it was signed.

Cedric Walters
Land of the not so free

dlh
Should have known this🙀 Joe Williams
They both died on the same day in the same year. Diane Johnson
Got it.

Corey Taylor
And yet, they make no mention of the fact that Jefferson WROTE the Declaration, or that Adams tirelessly argued in its favor with the rest of Congress. Frannie Aldrich
which I didn’t do!!

littledick
Knew George I was not a signer, leaving only a 50% chance of guessing incorrectly, and I knew TJ wrote the thing so he must have signed it. Ergo, got it right.

jaijam
Paul Backus, yes. It is essential that one read the question correctly if one wants to answer correctly.

Fran Graybowski
Washington had other things to explain his absence, he was out fighting the British.

Paul Backus
Helps if one reads the question correctly. I was thinking Constitution. That&#39;s why I excluded Jefferson because he was in France at the time (of the Constitution).
Author:
E11-Hitman
Writer