We use cookies and collect some information about you to enhance your experience of our site; we use third-party services to provide social media features, to personalize content and ads, and to ensure the website works properly. Learn more about your data on Quizzclub.
Set preferences
Daily Quiz
15h left

What was the name of a non-violent resistance group in the Third Reich led by a group of Munich students?

The White Rose (German: Weiße Rose) was a non-violent, intellectual resistance group in the Third Reich led by a group of students including Hans and Sophie Scholl. They attended the University of Munich. The group conducted an anonymous leaflet and graffiti campaign that called for active opposition to the Nazi regime. Their activities started in Munich on 27 June 1942 and ended with the arrest of the core group by the Gestapo on 18 February 1943. They, as well as other members and supporters of the group who carried on distributing the pamphlets, faced show trials by the Nazi People's Court (Volksgerichtshof), and many of them were sentenced to death or imprisonment.

Hans, Sophie Scholl and Christoph Probst were executed by guillotine four days after their arrest, on February 22, 1943. During the trial, Sophie interrupted the judge multiple times. No defendants were given any opportunity to speak.

The group wrote, printed and initially distributed their pamphlets in the greater Munich region. 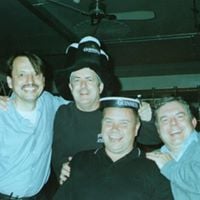 Keith England
Unbelievably brave people, a great shame there were not more of them!

Char
I&#39;d never heard of them till now but I did read in the last few years many plotted against Hitler but his luck stayed with him. I&#39;m talking assassination here so not all Germans backed what Hitler was doing. It gave me new insight into Germany and relax with my one German line knowing not all were Hitlers minions

Jennifer Dyster
so young and brave. what moral compass

Pierre Poirier
There is a movie about this called the White rose directed by Micgael Verhoven in 1982. Before seeing the movie, i had never heard f these heroic youngsters Denise Currie
Tragic. but shows there is good and bad in every group and nation

Helga U. Williams
Char, my family grew up under Hitler and they were never his minions. His regime killed my father and sister, and made me grow up in ruins! 😡

Joanne Serin
I didn&#39;t know about this group before, but happy to learn of them now. 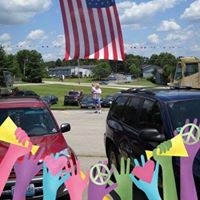 Player Caz
Pat Vari, they were brother and Sister

Char
Joanne Serin, me too

Char
Lluis, not if we can stop it as we too fight back in paper so far. It may get much rougher in the next month.

Char
Helga U. Williams, I&#39;m so sorry about your family and your city being in ruins.. I wish they could have stopped him long before they did.. Pat Vari
We&#39;re they brother and sister or married?

Lluis
Sounds like history may repeat itself once again

Iswardew Matai
At least some people had the courage.

Pierre Poirier
Keith England, there were quite a lot of Germans tgat opposed Hitler. The german communist party, a lot of priests and pastors.., most died at the hands of the Gestapo

Albeck1994
Shirley Dutt, no it wasn&#39;t but it was a symbol of the war of the roses between the plantagenets and Tudors

earlepg
Keith England, A lot more, though at that time they would likely have faced the same fate.
Author:
Carol Whites
Writer