A couple celebrating their crystal wedding anniversary have been married for how many years?

The names of some anniversaries provide guidance for appropriate or traditional gifts for the spouses to give each other; if there is a party these can be brought by the guests or influence the theme or decoration. These gifts vary in different countries, but some years have well-established connections now common to most nations: 5th Wood, 10th Tin, 15th Crystal, 20th China, 25th Silver, 30th Pearl, 35th Jade, 40th Ruby, 45th Sapphire, 50th Gold, 60th Diamond, and 70th Platinum.

The modern tradition may have originated in medieval Germany where, if a married couple lived to celebrate the 25th anniversary of their wedding, the wife was presented by her friends and neighbours with a silver wreath to congratulate them for the good fortune that had prolonged the lives of the couple for so many years.

The symbols have changed over time. For example, in the United Kingdom, diamond was a well known symbol for the 75th anniversary, but this changed to the now more common 60th anniversary after Queen Victoria's 60 years on the throne was widely marked as her Diamond Jubilee. 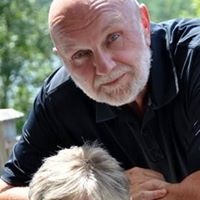 Terry2ts
Our gold in 2021 and look forward to receiving gold coins from my cyber protagonists Carole W and Brian. I have suffered from them enough.

Carl Belken
Cheryl Perkins, Good for the both of you!

Michael Doherty
Just had my 15th a month ago.

billyboy915
Cheryl Perkins, My goodness; that&#39;s quite a lifetime together. My parents were married 58 1/2 years until my Dad passed away.

Cheryl Perkins
Wally Hannem, That&#39;s wonderful, give them our best wishes and congratulations.

Cheryl Perkins
billyboy915, Thank you, we have a way to go to beat my late parents 62 yrs.

Jim Mascair
Good explanation about anniversaries, but nothing about what is so special about crystal. I&#39;ve been married 35 years anyway. Richard G Schwartz
How about a lovely greeting card for 15 years of marriage?
Author:
\\ZaiN//
Writer