According to superstition, meeting a chimney sweep is supposed to bring which of the following?

This somewhat strange, folkloric idea of the sweep as a good luck charm has been around for quite some time, and there are three common legends as to how it came about.

1. In 1066, King William of Great Britain was in danger of being hit by an out-of-control carriage when a chimney sweep pushed him to safety. Because the sweep saved his life, King William declared that all chimney sweeps must bring good fortune.

2. In the 1700s, King George III was traveling when his horses suddenly spooked. A chimney sweep came to his rescue and prevented the carriage from overturning. King George then declared chimney sweeps to be lucky.

3. A chimney sweep fell and was dangling from the roof. A woman in the house spotted him and pulled him to safety. They immediately fell in love and had a long and happy marriage. Because of this, it became considered good luck to shake a sweep’s hand before your wedding.

Pat Salloum
&quot;A sweep is as lucky as lucky can be...&quot;

Paul Greenslade
Mary Poppins, &quot;A sweep is as lucky as lucky can be&quot;.

Denise Currie
My ex-brother,in,law hired a sweep to attend his wedding to bring good luck. It was someone known to him from the pub he ran

Joyce Greenlees
In 1066 William was king of England, not of Great Britain. England, Scotland and Wales were individual countries at that time. William of Normandy invaded England in 1066 and made himself King of England only.

Maia
Alex Markin, this question is actually interesting, so hopefully more of this type of question will prevail! 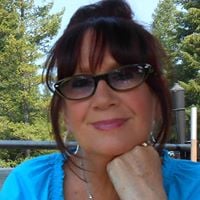 Norma Cullerton
She couldn&#39;t wash her face and everybody said it was &quot;a real disgrace&quot;. One day a Chimney sweep knocked on Nancy&#39;s door and said &quot;Oh pretty maid, you are the one I adore, please say you&#39;ll marry me your face is just like mine...we&#39;ll be a pair of chimney sweeps, I think that will be fine&quot;.....

Helga U. Williams
When I grew up in Germany, a chimney sweep was a respected profession. They wore a black top hat and were always dirty with soot. In order to be blessed with luck, we always tried to touch them and get some off the soot on our hands! 😊

Irene Townsend
janellejaworski, There don&#39;t really, just superstition. You create your own luck

Karin Johansson
If you meet and hug a sweeper you get lucky too.

Fred Keogh
Remember, these are just stories and tales, especially the 1066 one, all made up probably by, guess who? Chimney sweeps! lol

Wyla Reedy
I have been doing mine for 35 years. Now, where did I put that pot of Good Luck???

frostypen
Why has todays Daily Quiz only got this one question?

Corey Taylor
Paul Greenslade, Proper credit for that line belongs to the Sherman Brothers, who wrote the song for Disney.

RCKCreatEnt
an interesting and challenging question from Lilly for once, seriously!
Author:
Lilly Nicolson
Writer