According to the Late Antique authors, what was the basis of nutrition in ancient Rome?

Ancient Roman cuisine changed greatly over the duration of the civilization's existence. Dietary habits were affected by the political changes from kingdom to republic to empire, and the empire's enormous expansion, which exposed Romans to many new provincial culinary habits and cooking methods.

In the Imperial period, around the beginning of the Christian era, bread made of wheat was introduced; with time, more and more wheaten foods began to replace emmer loaves. There were many kinds of bread of differing quality. Typically white bread was baked for the elite, with darker bread baked for the middle class, and the darkest bread for the poor peasants.

In Ancient Rome, wine was normally mixed with water immediately before drinking, since the fermentation was not controlled and the alcohol grade was high. Wine was sometimes adjusted and "improved" by its makers: instructions survive for making white wine from red and vice versa, as well as for rescuing wine that is turning to vinegar.

Dr. Bhoomz
During that period the ancient Romans eat, wheat, barley, Fruits, Vegetables and cheese. This was their staple diet. Lisa Austin
I don’t think this answer is correct

natalia
This one we&#39;ll never know for sure. It&#39; either bread and wine or fruit and veggies like all Mediterranean diets.

Susannah Landis
Poor question. Those with a high status ate a great variety of foods including meat and vegetables while those of a lesser status did not eat as well, but no one lived on just bread and wine. Richard Jamieson
Nobody can live on bread and wine, I think this is poorly researched. Fruit and vegetables is the only logical answer and what I went with. The other choices are all too luxurious for all but the elite classes and would be used as supplements to a daily diet. Dena Barrett
This question is ambiguous not to mention incorrect. Late antiquity authors have indicated Rome had an abundance of fruits, vegetables, meats, cheeses, bread and legumes in their diet. You don&#39;t name which author to which you are referring nor do you specify what level of society to which you are referring. The diet varied greatly between upper, lower and working class. Ether the question should be much more specific or you should have an &quot;all of the above&quot; answer.

mntvoglein
2 of the answers were correct. Patricia Tanaka
They lived on a river. Why not fish? 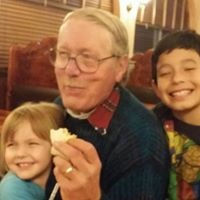 Roger Killian
The misleading or at least vague phrase &quot;late antique authors&quot; should be explained or should provide a source or sources for this conclusion. Is it Jerome Carcopino?

Lupe Hernandez
iqassoc, So why don&#39;t you call the author a moron like you do to Carol Whites when you don&#39;t like her questions. Jon&#39;o
I think that the answer is all of the above.

hector tubens
I&#39;m sure they had other food staples which they had for nutrition.
Author:
\\ZaiN//
Writer