Angelique Kerber (born 18 January 1988) is a German professional tennis player. A former world No. 1 and winner of three Grand Slam tournaments, she made her professional debut in 2003. A left-hander known for her counter-punching all-court game, Kerber has won 12 career singles titles across all surfaces on the WTA Tour, including the aforementioned three Grand Slam titles: the 2016 Australian Open, the 2016 US Open and the 2018 Wimbledon Championships. In 2018 she faced and defeated Serena Williams in straight sets in a rematch of the 2016 final.

Jenny Smith
You cannot be a World Champion in tennis. There is no such competition so how could she beat anyone? She could be number one in the ranKings.

Charlotte Wright
no such thing as a &quot;world champion.&quot; There are rankings, however, but Keber was not ranked number one in 2018.

Blanche Templar
Is there any such thing as Worlds&#39; as opposed to World&#39;s??? Just asking!

Player
It was Wimbledon. Since when did that make anyone world champion?

Karin Johansson
Leapy Lee, did you miss it?

Karin Johansson
Don James, the question wasn&#39;t about Serena! It was about Angelique!

Karin Johansson
Charlotte Wright, no one said the was. 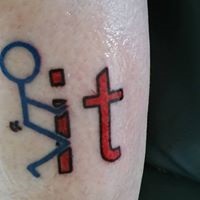 Ann M. Rogers
This category will be the death of me not that up on sports so one correct so far lmao

Gail Nemetz
I think there is a year end tournament for women, just as there is for men. Top 8 compete in a round robin style. I only know for sure about the ATP Finals. 2019 saw Stephanos Tsitsipas take the title.

Howard Groopman
Poor question. I think the author meant to say Wimbledon champion or something similar.

Spc Kook Dude
Leapy Lee, I agree. Wish I wrote it. It would have been perfect.
Author:
\\ZaiN//
Writer