Annetta
In the Miracle Worker with Patty Duke was wonderful. A story about Helen Keller.

Mary Drake
Rebecca Woods, One of mine, too.

Mary Drake
I really like Anne Bancroft. I think she was An excellent actress.

Rebecca Woods
Loved her in The Miracle Worker with Patty Duke.That&#39;s one of my favorite movies.

Geriann
She was remarkable. 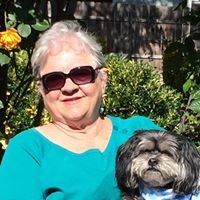