"Armageddon" was originally a place in Israel

The word "Armageddon" appears only once in the Greek New Testament, in Revelation 16:16. The word is translated into Greek from Hebrew har məgiddô (הר מגידו), "har" meaning "hill" or "mountain," and "Megiddon" or "Megiddo," meaning "a place of crowds." In Israel "Mount Megiddo" is a hill created by many generations of people living and rebuilding on the same spot, on which ancient forts were built to guard the Via Maris, an ancient trade route linking Egypt with the northern empires of Syria, Anatolia and Mesopotamia. Megiddo was the location of various ancient battles, including one in the 15th century BC and one in 609 BC. Modern Megiddo is a town approximately 25 miles (40 km) west-southwest of the southern tip of the Sea of Galilee in the Kishon River area in Israel. Karen Weaver Theobald
Armaggeodon is a proposed event. It will be located, supposedly in Megiddo. It is not a place in itself until the event happens in the future.

Ron Dichoso
Armageddon written in Revelations for future. It’s a prophesied location of the gathering of armies in a battle in the end times. Read the book of Revelations 20. Bible scholars interpreted it can be literal or symbolic locations. I disagreed with answer as Israel. It can be false- for it have not occurred yet! So my answer is “false”!

Louis Michael Durocher,
HAR MHA GEDHON..is actually an area. In the of Revelation it is written that will be the place where the forces of good ( GOD) Will clash with the forces of evil ( lucifer). Gail Ladella
Nick Nicholson, correct... it is an EVENT, and it will encompass the whole earth

Gail Ladella
Ian Sadler, Actually it was 1914 the start of WW1

Gail Ladella
Ian Sadler, This was the beginning of the Great Tribulation

Gail Ladella
Agree! Its an event and will be World Wide. This is when Christ returns with his Army of Angels &amp; destroys the wicked. We are Living In the End of Times. GOD, help us, please

Kat
The name does come from Har Megiddo, but Armageddon actually refers to a future event which is NOT located in once place, but is global in scope. Thus the location name is symbolic. 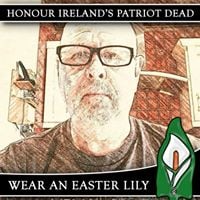 Andy Gibson
there was no place called Israel then, it was and is Palestine Joanne Serin
Easy because A. it&#39;s in the Christian version of the Bible. B. It&#39;s a true/false question.

lrs
Jerry Edwards, you may have an inferiority complex.

Marianne Frederick Halterman
har megiddo is a place in the Jezreel Valley, but Armageddon is a figurative and/or literal battle...of the future? dsneed
tesla alset, Thank you for sharing. I agree with you the information was interesting. Dianne
Author:
Frank Cowell
Writer