Kopi luwak, or civet coffee, is coffee that includes partially digested coffee cherries, eaten and defecated by the Asian palm civet (Paradoxurus hermaphroditus). Fermentation occurs as the cherries pass through a civet's intestines, and after being defecated with other fecal matter, they are collected.

Producers of the coffee beans argue that the process may improve coffee through two mechanisms, selection – civets choosing to eat only certain cherries – and digestion – biological or chemical mechanisms in the animal's digestive tract altering the composition of the coffee cherries.

The traditional method of collecting feces from wild civets has given way to intensive farming methods in which civets in battery cage systems are force-fed the cherries. This method of production has raised ethical concerns about the treatment of civets due to "horrific conditions" including isolation, poor diet, small cages and a high mortality rate.

Although 'kopi luwak' is a form of processing rather than a variety of coffee, it has been called one of the most expensive coffee in the world, with retail prices reaching €550 / US $700 per kilogram.

Ian Swindale
The thought of drinking a cup of civet crap is not something I would subject myself to never mind the appalling conditions these creatures are kept in.

Darlene Davidson
This would definitely qualify as crap coffee.

lls
I think it&#39;s cruel to make civets go through that! If you gather the coffee, naturally on the ground, that&#39;s one thing...but to farm them and make them...you just know that nothing&#39;s at work, there, but the almighty forces of finance...is it any wonder Mother Nature rebels against we humans, from time to time? 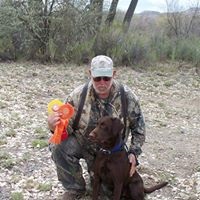 Bob Walton
This is just sick and wrong

Joseph A. Robitaille
This is animal abuse.. Sheelagh Paterson
Should be boycotted. The animal abuse is appalling. Tom Moberg
Disgusting - in more ways than one.

Teresa
Time to &quot;boycotte&quot; this product. Anyone who purchases civet coffee is the epitomy of the problem. 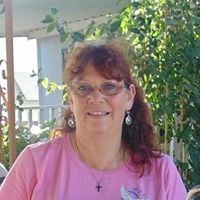 Robin Robertson
I heard of this when watching Bucket List, otherwise I would have had no idea.

Andy the educated troglodyte
I don&#39;t want to meet anyone who would drink this...

Annie
Had no idea. Thanks for the info!

docluci
Good guess on my part from seeing the mountains behind this little fishing village!!!!! Dennis Lane
ssgericleedom, what a coincidence! It is November 1, 2019, for me right now, and in the grocery store today, I saw a guy wearing a T-Shirt that said &quot;Black Rifle Coffee.&quot; I had never seen it before.

Suzanne Beer
Not My cup of coffee...