As of 2019, who is the current Prime Minister of New Zealand?

Ardern has also served as the Leader of the Labour Party since 1 August 2017.

After graduating from the University of Waikato in 2001, Ardern began her career working as a researcher in the office of Prime Minister Helen Clark.

Ardern became a list MP in 2008, a position she held for almost ten years until her election to the Mount Albert electorate in the 2017 by-election, held on 25 February.

She is credited with increasing her party's rating in opinion polls. After negotiations with National and Labour, the New Zealand First party chose to enter into a minority coalition government with Labour, supported by the Greens, with Ardern as Prime Minister.

Ardern's government has focused particularly on the New Zealand housing crisis, child poverty, and social inequality. In March 2019, she led the country through the aftermath of the Christchurch mosque shootings, and her government introduced strict gun laws in response.

Sean Philips
Inspirational leader. Wish she was ours.

Chris Doidge
My hero. What all leader should be.

tbear
I believe I saw her on The Late Show with Stephen Colbert a few month ago! I was very impressed with the PM! 😊👍

Barbara Willis
Silvia Levame, you can have her.....

Silvia Levame
Jacinda Ardern is the Prime Minister that Australia ought to have.

Edie Koller
Wish she was our leader here in the USA

Christopher J Voce
And a jolly good job she appears to be doing !!

nancy pierpan
Sean Philips, She&#39;s a socialist. Her public persona is facade. Do some research on her.

Richard G Schwartz
She takes action quickly and deals with it. Unlike our PoTUS here in the US.

Doris Dallaire
And she’s a very good leader from I read.

Mike Whiteford
I think I should know that 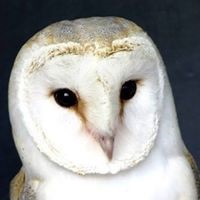 Val Harris
Sean Philips, So do I
Author:
ALPHA
Writer