As of 2019, who is the most prolific run-scorer of all time in first-class cricket?

In a career lasting from 1973 until 2000, Graham Gooch became the most prolific run-scorer of all time, with 67,057 runs across first-class (test, county and limited-over) games. First-class cricket is an official classification of the highest-standard international or domestic matches in the sport of cricket.

The scale of that achievement stands out when it is measured against the total run scores of cricketing legends such as India’s Sachin Tendulkar, with 50,192; Viv Richards of the West Indies, with 53,207; and Australia’s Ricky Ponting, with 41,422.

Gooch’s run total could have been even more remarkable if he had not been dropped from the England cricket team in 1982 for a three-year ban. This was a punishment imposed on Gooch and other players for taking part in an unofficial tour of South Africa who, at the time, were ostracised from world sport because of the country’s apartheid policies.

Gooch scored a record 456 runs in the Lord's Test against India in 1990, 333 in the first innings and 123 in the second. Kumar Sangakkara of Sri Lanka is the only other player to score a triple century in the first innings and a century in the second innings. Gooch's aggregate of 456 for the match remains a world record for a Test match which uniquely ended with a total of 1,603 runs being scored – in exactly 1,603 minutes.

Darlene Davidson
Ya Gooch me. 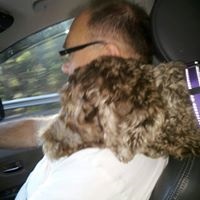