As of 2021, which footballer has won the Alfredo Di Stéfano Trophy 7 times?

The Alfredo Di Stéfano Trophy is an annual association football award presented by Spanish sports newspaper "Marca" to the best footballer of La Liga (Primera División in Spain). The award is named after famous footballer Alfredo Di Stéfano (4 July 1926 – 7 July 2014). The first edition of the trophy was held in 2007–08. Lionel Messi has won the award a record seven times.

Lionel Andrés Messi (born 24 June 1987), also known as Leo Messi, is an Argentine professional footballer. He is considered the best player in the world and widely regarded as one of the greatest players of all time. 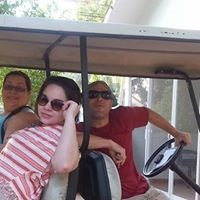 Kenneth Rosenberg
Any American football fan, or any American really, would know that there is no Alfredo Distefano trophy associated with the NFL so any fans whining about the use of the term football should realize that only these Americas and the Irish call it soccer, because only those two countries have another game specifically referred to as football. But they kick it a lot more in Gaelic football than we do In America

Shelley Durocher
acks, I&#39;ve seen many people, at least on international sites like this one, refer to American (not just American, I know, but primarily), as &quot;Gridiron.&quot; But if the question is from one of many areas of the world, what you know as &quot;soccer&quot; will always be referred to as &quot;football.&quot; Here in Canada, you will see both &quot;football and &quot;soccer,&quot; depending on the source or organisationToronto FC, for example is Toronto Football Club, while there is a league called The Canadian Professional Soccer League.

Alan Smith
Acks its Easy M8 . The WORLD calls Association Rules Football , Football. The U.S.A how ever call football Soccer. This is because when football was introduced into America in the 70,s during the Pele, George best , Beckenbaur days they decided that as they already had Gridiron as American football , they would call Football Soccer !!

acks
Is there someway to distinguish between football and soccer. For many of us in the USA there is a big difference.

Alan B Mitchell
Who is in the picture? A footballer/soccer player. No idea who so not much of a clue. He won seven times? I guess he can kick a ball seven times better than most! Pause for show of total indifference.

Special Patrol Group
A picture of Lionel Messi may help to work out the correct answer.

Angel Palacios Zea
In the picture is the answer. Whta happen with the revisors?

Stevie G
I wonder who is in the picture.
Author:
Lilly Nicolson
Writer