Based on candidates' residence, which two US states are the most represented among the list of 45 presidents?

Where did each US president come from? If we go by the state where he resided when he came to office (not where he was born) the position is as follows:

No other State is represented more than three times in the list of presidents and the 45 US presidents have come from just 18 of the 50 States.

The 45th president changed his residence from New York to Florida during his presidency. However, this would not change the answer: New York and Ohio would remain the two US States that are the most represented among the list of 45 presidents. smdctroy
You wouldn&#39;t pass VA history with that answer. What about Harrison (born on Berkley plantation), Zack Taylor, Woodrow Wilson making 8. Which is the answer of VA and Ohio. 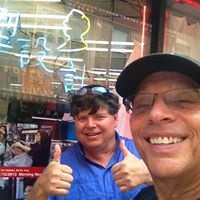 Janet Kay Julien
Wake up and check your history, Virginia had EIGHT Presidents come from there and Ohio had Seven

William Laughlin
Depending on how you calculate things, several different states can lay claim to producing the most commanders in chief. Going by BIRTHPLACE, Virginia is the winner, with eight of its native sons holding the country’s highest office (including four of the first five presidents): George Washington, Thomas Jefferson, James Madison, James Monroe, William Henry Harrison, John Tyler, Zachary Taylor and Woodrow Wilson. However, Ohio also claims eight presidents with deep roots in the Buckeye State: William Henry Harrison, Ulysses Grant, Rutherford Hayes, James Garfield, Benjamin Harrison, William McKinley, William Taft and Warren Harding. All of these men are Ohio natives except for William Henry Harrison, who was born in Berkeley Plantation, Virginia, in 1773. As an adult, Harrison moved to Ohio, where he served as a U.S. representative and U.S. senator from his adopted home state; he was living there when he won the presidency in 1840. (Harrison has the dubious distinction of being the first president to pass away in office; he succumbed to complications from pneumonia a month after his 1841 inauguration. Coincidentally, three other Ohio natives, Garfield, McKinley and Harding, also died in office.) Using another calculation—which state a person was primarily affiliated with WHEN ELECTED president—Ohio can call six presidents its own (Benjamin Harrison and Ulysses Grant were residing in Indiana and Illinois, respectively, when elected), while New York also can claim six (seven counting Trump) chief executives: Martin Van Buren, Millard Fillmore, Chester Arthur (born in Vermont but raised in New York), Grover Cleveland (born in New Jersey but later governor of New York), Theodore Roosevelt and Franklin Roosevelt. Virginia can tally five presidents using this metric—William Henry Harrison was living in Ohio when elected, Taylor was raised in Kentucky but primarily associated with Louisiana when he won the presidency, and Wilson was governor of New Jersey when elected. Since many presidents resided in more than one state at various times in their lives, your question is not specific enough as to how to determine the intent of the question. It leaves too many questions as to the metrics used. This question should be either rewritten or scrapped. If rewritten, the question should include the phrase, &quot;at the time of his election&quot;. It should read as such: &quot;Based on the candidates&#39; residence AT THE TIME OF HIS ELECTION, which two states are the most represented among the list of 44 presidents? http://www.history.com/news/ask-history/which-u-s-states-have-produced-the-most-presidents By the way, the question is now out of date since 45 individuals should be considered, not 44. Since the current president was born in New York and was a resident of New York at the time of his election, your information should be updated to reflect that. 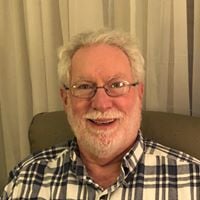 Dirk A Schnarr
https://blogs.voanews.com/all-about-america/2016/03/23/which-us-states-have-produced-the-most-presidents/ Sorry, Virginia had 8 presidents and Ohio had 7. YOU are WRONG again! Unique1
Virginia 8 and Ohio 7 lead the pack. This is ridiculous.

John W Shreve
William Laughlin, It really shouldn&#39;t be that complicated, but you covered every possibility. I hope an administrator or someone in authority reads this. 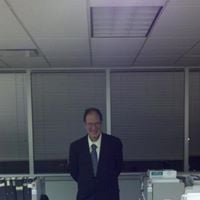 Michael Jeffers
Question is so bad they won&#39;t even let you vote it or down May Tuan Tucker, PHD
History.com Virginia--8 Ohio--7 This is another crappy with incorrect answer. Virginia and Ohio. Take the question out.

George Oliver Prince
Definitely wrong answer, somebody was asleep when they passed this one actorman
WRONG!!!!! Who the hell checks these things? VA had 8 Presidents! Denise Styers
Before submitting a question, make sure you have your facts right. Mark McClain
I am guessing here it means what state did they come from when elected. Answer might have been more specific. But this IS trivia isn&#39;t it

eddie stovall
Whoever asked this one blew it. 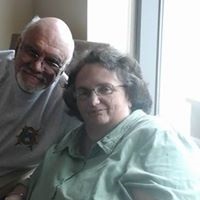 Joseph A. Robitaille
Wrong answer, it is OHio and Virginia. Check your answers before you write a question. Veronica Luby-Hoey
This question came up recently and the answer was Ohio and Virginia!! Recently there has been some strange Q&#39;s
Author:
Frank Cowell
Writer