Before Columbus, scholars generally believed that the world was flat.

The statement is false, as most educated people of those times were already aware of the facts that the Earth was spherical. Anyway, some Catholics still believed it was flat. That's why Columbus faced with some difficulties, trying to find all the necessary and support for his journey.

Aristotle's works, for example, were widely studied and revered in Medieval Europe. The sphericity of the Earth is also accounted for in the work of Ptolemy.

In Columbus's time, the techniques of celestial navigation, which use the position of the sun and the stars in the sky, together with the understanding that the Earth is a sphere, had long been in use by astronomers and were beginning to be implemented by mariners.

Roy Johnson
Your research is incorrect. All books from the timss prior to Columbus state the world was flat and only reached as far as you could see. Read and research better. Those who answered true are correct so make the proper corrections to scores.

Albeck1994
Not all books.if that was the case explain how people travelled across the world, through Europe and Asia, by land and sea, if as you say they thought the world finished a few miles away. The Egyptians Phoenicians Greeks and Romans knew it was spherical as did many other cultures.

Bill Coe
I think some of the trolls commenting probably still believe the earth is flat. They knew since antiquity that the earth was spherical. Do some research, folks, maybe then your ignorance won&#39;t show.

George Oliver Prince
I believe the question said &quot;scholars&quot;. Generally, they knew the word was spherical. It&#39;s just a lot of average people who believed it was flat William Laughlin
Then you were taught wrong. The idea of the belief in a flat earth in Columbus&#39; time is a modern day myth. Rob Canary
Who knows what the Catholics were thinking. I&#39;ll bet anything there are more people &quot;today&quot; who believe in a flat earth than there were then. Brin Lewis
William Laughlin ...and the idea that Columbus &quot;discovered America&quot; as the first European to have discovered North America is a myth. We should have Lief Erickson Day.

Bill Coe
What the hell do Catholics have to do with anything? I believe the question referrred to scholars. 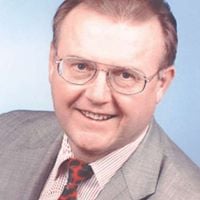 Olaf Krause
I completely agree to Roy Johnson! The doctrine was, that the earth is flat.

Keith Richard Mears
The ancient Greeks already knew that the earth was not flatt, as did the ancient Egyptians, the circumference of the earth had even been calculated, so, the fact that the Europeans of their day thought that their world was flat does not mean that the knowledge that it was not, wasnt known by all peoples (the earth, however, is not spherical) Jim Calder
I answered question correct but they said wrong tried it on 2 PC&#39;s . Wish the game would g&#232;t it right , never used to have this problem.

Ken Jackson
Darlene Davidson, Aristotle provided the evidence that the earth is spherical in 330BC. Your school obviously needs to update it&#39;s old textbooks... Kenneth Dallas
Scholars of the time thought that the earth was much smaller and did not realise that going west to find the Indies would involve finding the Americas.

Mark Ann Dubaz
I too was taught that early scholars thought the world was flat.

Joseph A. Robitaille
Well I am glad to see that this myth has been defeated. Good Q and A. Marie Winter
I thought that schools taught that the world was flat until Columbus.

Patricia D Dyches
When Columbus set sail the people thought he mauto fall off the earth. Wanda Pelchat
I was taught that earlier salons thought the world was flat!! Guess I shouldn&#39;t have believed my teachers and text books!!
Author:
Frank Cowell
Writer