By what name was the city of Chennai, India, formerly known?

Most people think that all Indian cities are poor and dirty. However, National Geographic ranked Chennai as world's 2nd best food city. Moreover, the city was also named as the 9th-best cosmopolitan city in the world by Lonely Planet

In 1996, the name of the city was officially changed from Madras to Chennai. Actually, at that time many Indian cities underwent a change of name. It is an interesting fact that there are places named after the former name of the city such as Madras Institute of Technology, University of Madras, and Madras Medical College.

Did you know about this fact? Have you ever been to India? Please tell us in the comments below! Jim Coyle
Yes I have been to India, worked on 14 part tv drama called The Jewel In The Crown Brad Johnston
i visited Madras in 1981.....i had no idea it changed its name Kathleen Polly
Yes, I just recently visited Chennai and was aware of the name change. It is a fun city.

ninakamwene
I did not know that, and India is on my travel list. Thank you. Karin Johansson
Anil Bhoomkar, No it is not. 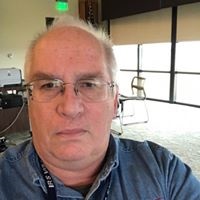 Glen Forck
I’ve been to Chennai. I wouldn’t go back. Kenney Devey
Never knew that. Interesting about its food reputation, could go on my bucket list.
Author:
Frank Cowell
Writer