Can you name the Greek God of Love?

Well, you should know that Cupid is the Roman God of Love. In Greek mythology, Eros is the God of Love.

In the earlier myths, he was considered a primordial god, or a God who was not born by conventional means, but "appeared" or came to existence. The later myths, however, suggest that he was the son of Aphrodite who often intervened into love affairs of humans and gods.

Adø Lunzi
The awkward moment when the usual suspects realize how unloved they are....

Coral Harvey
Aphrodite and Venus are the female goddesses of love . Cupid and Eros are the make counterparts

Joanne Serin
Elma Griffiths, not a trick. Eros is Greek. Cupid is Roman. Apollo is the god of the sun.

ninakamwene
&quot;What&#39;s love got to do with it&quot;, a song by Tina Turner. Everything. Vibration.

Bill Coe
Oh, you can read the exlanation also. My. My. 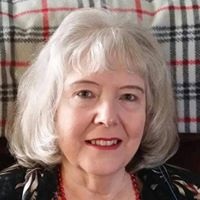 Betty Hernandez
It all lies in your cultural perspective! There&#39;s a big difference in Cupid and Caligula. I invite you to learn what it is. :-)