Christoph Waltz is an actor from which country?

Christoph Waltz (born 4 October 1956) is a German-Austrian actor and director, mainly active in the United States. Waltz was born in Vienna, the son of Johannes Waltz and Elisabeth Urbancic, set and costume designers, from Germany and Austria, respectively. His maternal grandfather, Rudolf von Urban, was a psychiatrist and psychologist who wrote the book "Sex Perfection and Marital Happiness".

Before coming to the attention of a larger audience in Tarantino's "Inglourious Basterds", he had played Dr. Hans-Joachim Dorfmann in the British TV series "The Gravy Train" in 1990. The show is a story of intrigue and misdeeds set in the offices of the European Union in Brussels.

In Quentin Tarantino's 2009 film "Inglourious Basterds", Waltz portrayed SS-Standartenführer Hans Landa, also known as "The Jew Hunter". Clever, courteous, multilingual — but also self-serving, cunning, implacable and murderous — the character of Landa was such that Tarantino feared he "might have written a part that was un-playable". Waltz received the Best Actor Award for the performance at the 2009 Cannes Film Festival and received acclaim from critics and the public.

chefrosner
Johnny Rock, In the explanation, it does not say that Waltz won the Best Actor Oscar; it says he won Best Actor Award at the Cannes Film Festival. Not the same thing.

Susanne Braun
Haven&#39;t seen this yet. Frank Thompson
Johnny Rock, best actor award was at the Cannes film festival Zain did not say anything about Oscar for best actor

Cari G.
Susan Madanat, write a few and find out.

Niko Hilje
is a trap write Germany in the options

Clayton Dean Brannon
Good question but when an actor is born in Austria and lives in Germany that makes him a mix of German/Austrian. Two correct answers are given as your choice.

Alan Straff
He was born in Vienna, last time I looked that was in Austria, the answer is correct.

LunaAtlas
Not where was he born, but where is he from is the question. All 4 options could apply. Rosanne Awbrey
He has dual citizenship in Germany and Austria! 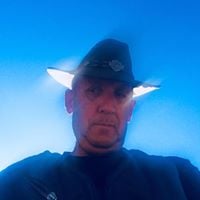 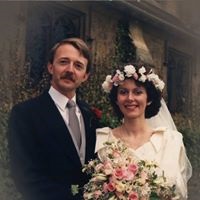 David Hill
He is Austro-German! Once again an incorrect answer! 😡

Richard D. Boyle
Why in the world would you include both Austria and Germany in your options? And why was this not corrected on review? Was there a review? I had to waste a double hint to assure a correct answer.
Author:
\\ZaiN//
Writer