Currently, the Nobel Prize is only awarded to people thought to be living at the time of the initial announcement.

The prize is not awarded posthumously; however, if a person is awarded a prize and dies before receiving it, the prize may still be presented. Individuals who died in the months between their nomination and the decision of the prize committee were originally eligible to receive the prize. This has occurred twice: the 1931 Literature Prize awarded to Erik Axel Karlfeldt, and the 1961 Peace Prize awarded to UN Secretary General Dag Hammarskjöld. Since 1974, laureates must be thought alive at the time of the October announcement. There has been one laureate, William Vickrey, who in 1996 died after the prize (in Economics) was announced but before it could be presented. On October 3, 2011, the laureates for the Nobel Prize in Physiology or Medicine were announced; however, the committee was not aware that one of the laureates, Ralph M. Steinman, had died three days earlier. The committee was debating about Steinman's prize, since the rule is that the prize is not awarded posthumously. The committee later decided that as the decision to award Steinman the prize "was made in good faith", it would remain unchanged.

Ann Foushee
Why do people give Jonespso thumbs down? He is just enjoying the trivia. Some of you are crashing bores.

larrywagner
Ann Foushee, For the same reason they do it to Tesla. It must give them the feel of power. Total morons. skullfire
Though I answered correctly, I do believe that the question is poorly written.

Lynne Zeman
Personally, don&#39;t think the accomplishment of the year be based on whether that individual is alive. Greatness is greatness - regardless.

John Dommerman
i got tripped up on the wording of the question.

Jacky Pierce Friedman
I agree that the question is poorly worded. I got it wrong too. However. I think the answer explained it very well. I found it very interesting and informative.

Susannah Landis
Thomas Begeng, I was confused by that part of the question and, therefore, got the wrong answer. 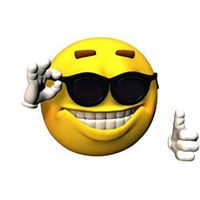 Thomas Begeng
The question does not need the &quot;at the time of the initial announcement&quot; tacked on to the end. There are 3 phases to the award - nomination - announcement (awarding of the prize) - receipt (the ceremonial handover) there is no &quot;initial&quot; announcement - just THE announcement. &quot;Currently, the Nobel Prize is only awarded to people thought to be living at the time&quot; is perfectly adequate and would have ruled out the confusing ambiguity. Kevin Coleman points out the confusion - you can ONLY &quot;win-it&quot; i.e. be &quot;announced&quot; the prize winner posthumously IN ERROR - where the committee thought you were alive but in fact were not. The prize is only awarded (announced) to people the committee thinks are still alive at the time they make their official announcement of the winner.

Robin Heckler
Thought to be living? the day they begin to award them to the ones they KNOW are dead and walking on the stage to accept the award we are ALL in deep trouble.