Daisy Buchanan is one of the key characters in which novel?

"The Great Gatsby" is a 1925 novel written by American author F. Scott Fitzgerald that follows a cast of characters living in the fictional towns of West Egg and East Egg on prosperous Long Island in the summer of 1922.

Daisy Buchanan is an attractive, though shallow and self-absorbed, young debutante and socialite from Louisville, Kentucky, identified as a flapper. She is Nick's second cousin once removed, and the wife of Tom Buchanan. Before she married Tom, Daisy had a romantic relationship with Gatsby. Her choice between Gatsby and Tom is one of the central conflicts in the novel. The character of Daisy is believed to have been inspired by Fitzgerald's youthful romances with Ginevra King.

Michael McMahan
I&#39;m in rehearsals at the moment for a stage adaptation of &quot;Gatsby&quot;. I&#39;m playing Tom Buchanan. He is the only character I have ever played onstage that I can find nothing redeeming about.

Alane Holmes Nuzum
How can you miss this question?? If you did, I highly recommend that you read this classic book and watch the wonderful movie adaptation!

Cheryl McMeekin
Had no idea, missed it.

Gail Nemetz
The only novel my younger son read in high school that he said he actually liked.

Char
tesla alset, we both got it right

Lisa Rodrigues
quite possibly the perfect novel in terms of structure 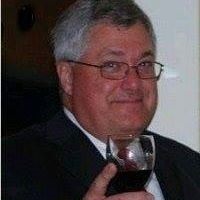 William Hart
&quot;In my younger and more vulnerable years, my father gave me some advice that I&#39;ve been turning over in my mind ever since.&quot;

lls
Powerhouse story, in oh so many subtle ways...

Richard D. Boyle
Gatsby is the only Fitzgerald novel worthy of being considered enduring literature.