Did astronaut Neil Armstrong put his right foot or left foot first on the moon's surface?

Neil Alden Armstrong (born August 5, 1930 – died August 25, 2012) was an American astronaut and the first person to walk on the Moon. After landing on the moon on July 20, 1969, Neil Armstrong and Buzz Aldrin were ready to go outside. The Apollo 11 Lunar Module (LEM) was depressurized, the hatch was opened and Armstrong descended first down the bottom of the ladder. Armstrong said, "I'm going to step off the LEM now". He then turned and set his left boot on the lunar surface on July 21, 1969, then spoke the famous words, "That's one small step for [a] man, one giant leap for mankind."

Marian Spitzig
I remember sitting watching this live with my grandmother. She has mbeen born in 1886. We just sat there watching in awe, and listened to her about how much she had witnessed in her lifetime. She lived until 1985.

Jaimi McEntire
He put his left foot in, and then he shook it all about.

matthew rosa
I Think In A Lot Of The Pictures Of The Event, They Flipped The Negative Of The Footprint! (Historical Note: In Ancient Rome, You Enter A House With Your Right Foot For Good Luck. In The Palace Of The Caesars, -Who Probably Get A LOT Of Foreign Diplomats Practicing Many Customs And Manners, -A Guard Is Posted On The Right Side Wall Near The Entrance To Make Sure They Enter The Palace In The Proper Way!-Thus Originating The Term &quot;Footman&quot;!) Polly Culberson
I guessed right, but who cares, really?

seamus512
He was military, of course he&#39;d lead off with his left foot.

Lynne Zeman
A majority of people are right handed - so lead with their non-dominate side. Lucy Jones
it is under Trump

Lucy Jones
What A great memory for you!

carlthedad
I wanted to be an astronaut. But by the time I was old enough I lost interest in it.

dsneed
Neither he was not there.

Richard G Schwartz
Oops that was a long time ago. 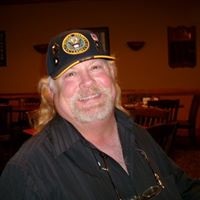 Chip Perretta
I see in the explanation they added the word [a] man one giant...that attempt to rewrite history is the wrong move. Listen when he says &quot;man&quot; you can hear by the hesitation in his voice he realized he screwed up the most noted quote in modern history because just using man was equivalent to saying mankind.