Do catfish have scales?

Catfish are a diverse group of fish. They are named for their prominent barbels, which are slender, whisker-like tactile organs near the mouth, which give the image of cat-like whiskers.

Unlike most fish, catfish do not have scales. They usually have an adipose fin (fleshy, rayless posterior fin), and often spine-like rays (spines) present at the front of the dorsal and pectoral fins. The dorsal fin of most catfish species technically has two spines, the first one very short. The catfish body may be naked or covered with bony plates. Normally, there are up to four pairs of whisker like barbels on the head, with two on the chin, one nasal, and one maxillary.

Todd Van Dell
Sue Philpot Bell Joyner, Well, as a 5 year Navy veteran, all 5 years of active duty in the tin can Navy (meaning shipboard all 5 years; first 3 aboard a Spruance class destroyer; last 2 aboard a Knox class fast frigate)? Catfish schools were a very common sight whenever we pulled into port. We&#39;d barely get the ship tied to the pier and there&#39;d be a swarm of catfish at the side of the ship, feeding on whatever was attached to the side of the ship. Or coming out the side from our kitchen Barnacles, or who knows. So, I can verify that they are most definitely scavengers, and would be inclined to agree that they&#39;re not especially the cleanest fish in the ocean. That being said? Battered, deep fried catfish are mighty good eating, especially with vinegar and tartar sauce.

Eric Leif Peters
Some catfishes do have dermal armor (AKA, &quot;scales&quot;), e.g., members of the genera Corydoras and Plecostomus, which are popular aquarium fishes. 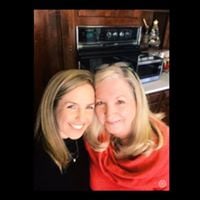 Sue Philpot Bell Joyner
Unclean fish in the Old Testament were bottom feeders, eating debris and decayed matter. Science tells us that catfish are not too healthy - at least the ones in the wild.

Robert Fuller
Their lack of scales puts them on the list of unclean fish in Leviticus 11. We are not sure why God differentiates clean and unclean the way He does. We are sure that following His instructions helps us both in time and eternity.

coralnavon
Joanne Serin, exactly they are not kosher for this reason.

Andrew King
Some do some dont

Joanne Serin
I knew they were&#39;t kosher, and scales are the main criteria for fish.

Cari G.
Pure guess on my part...allergic to fish. Ray Anderson
what&#39;s the difference between &quot;bony plates&quot; and &quot;scales&quot;? Sounds like scales to me. Quora says: Catfish of North America (mostly family: Ictiluridae) are scale-less and have smooth skin, but head down to South America and you will come across a number of species of &quot;armored&quot; catfish that have heavy scales. My favorites belong to the groups in which we find the Plecostamus (Loricariidae) and the &quot;Talking Catfish&quot; (Doridae). Armored and heavily scaled cats are also found in Asia and Africa. I claim the point as this is a poorly reseached or worded question.

Robert Oldenburg
Hence, according to the Old Testament they are not kosher for Jews.

David Roy
They have scales when they are doing their piano practice.
Author:
blkstang
Writer