Does the the word democracy actually appear in the U.S. Constitution?

No, the word democracy does not actually appear in the United States Constitution. Nowhere is the word democracy mentioned in the Declaration of Independence or the U.S. Constitution. However, the United States government is a democratic republic. Basically, the men who founded America actually feared democratic rule. James Madison expressed this attitude in Federalist #10: "...instability, injustice, and confusion ...have in truth been the mortal disease under which popular governments everywhere have perished..." Rule by the people was thought to lead to disorder and disruption. Yet, when America was formed, a democratically based government was seen as superior to the monarchies of Europe.

oldrecordguy
This country was founded as a Republic,not as a Democracy. Unfortunately, today, most of the public do not know the difference.

patrhea
Carolyn Brior, they come here for free education though. 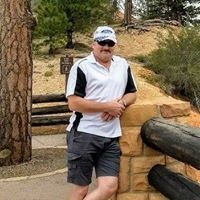 Trace Bakelar
The united states government is defined as a CONSTITUTIONAL REPUBLIC. not a democratic republic.

buhlemann
I have re-read the explanation and the idea that the explanation started out right and then took a turn to the left is absurd. I knew this question would bring out the paranoids.

Carolyn Brior
For a pure democracy, every citizen would have a vote on everything. Could you see it if they had to count 300 million votes to get anything enacted? It is bad enough with 100 senators and 435 representatives.

Carolyn Brior
I once had this discussion with a citizen from India who boasted that India was the largest democracy in the world. It isn&#39;t. India is also a republic. I didn&#39;t win the argument even after explaining the difference. They just said my definitions were wrong. I gave up. It wasn&#39;t worth fighting over and they were obviously very proud of their country.

carlthedad
That is because The United States is not a Democracy. It was established as a Free Constitutional Representative Republic. This notion of U. S. Democracy was started as a political ploy by the Socialist Democrats who have people now running every public system in this country from city governments to public school systems.

Fred Zeb Fudpucker
markdclark, right on! The people we elect think they are smarter than the electorate and once they take office it is the last of their listening to us. They spend most of their time campaigning for re-election.
Author:
E11-Hitman
Writer