During the 2019/2020 growing season, which three countries were the largest producers of apples?

Apples are a deciduous variety of fruits which grow on trees in mostly temperate regions around the world. The apple originated in Central Asia and then spread all over the world.

In terms of production, the top three producing countries in the world are China, United States and Poland with digress reported for the 2019/2020 growing season.

Turkey is fourth, India is fifth, followed by Iran in sixth place for annual production during the same growing season. 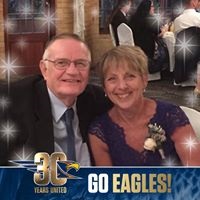 Jim Wray
Australian Apples only for me.

Irene Townsend
Only buy New Zealand apples, naturally sweet, but with a question like that then USA had to be a part of the answer.

Karin Johansson
I only buy Apples when i can&#39;t pick them. And when i buy i only buy Swedish ones. Ecological or with.Swedish sigill (integrated production).

Sheila Robinson
I live in the Niagara Escarpment area of Ontario, Canada, where we have the longest growing season in Canada. We grow apples and pears, but are best known for the production of soft fruits such as cherries, peaches, apricots, and grapes for wine production!

Denise Currie
Patricia Allington, I only buy English apples too, I find they are tastier and I am trying to buy more locally to cut down on air miles Patricia Allington
I only guessed as I don&#39;t buy anything only Apple&#39;s from New Zealand if I can&#39;t English. In fact I only buy British of most things and don&#39;t substitute. We only had British when I was growing up and what was in season and it didn&#39;t do me any harm.

Jude Zyskowski
Barb Beck, I have had a super abundant number on my small red apple tree ( planted by previous corner) here in northern California on the coast,I hadn&#39;t pruned it back as much,and it over zealously produced,wish I knew the variety,sweet,pretty crisp,red,sweeter this year,have lived here 30 years

Howard Groopman
Before looking at the answers, I suspected US and China were two of them. Poland surprised me. I&#39;ll have to check, but I believe I recently read that China is #1 in peach production.

tdelisi
Is there something wrong with the hectare statistics in the answer? Is it really accurate that the US can produce a million more tons of apples than Poland - and to do this with 40,000 fewer hectares (area)? If so, this is amazing.

Ellie Zucchiatti
Wyla Reedy, That seems to be an unfortunate trend these days.

werma
Apples were very plentiful this season and I enjoyed them greatly.

Barb Beck
I should know, I live in Washington State. (eastern). There is an area just east of where I live called Greenbluff where there are many orchards and farmland. There are 29 variety of apples grown there plus any other kind of fruit and vegetables you would want. I always say, why have a garden when five miles up the road, it is so plentiful. The newest variety of apple is called Cosmic Crisp ( A combination of Honey Crisp and another variety. They are so good.

Carl Belken
Wyla Reedy, Same here. We used to have orchards where you could go pick what you wanted but the cost of insurance made them un-profitable. Seems that too many people thought they&#39;d hit the lawsuit lottery by claiming they were injured on the farmer&#39;s property.
Author:
Beowulf
Writer