During WW II, what was Operation Barbarossa?

The failure of German troops to defeat Soviet forces in the campaign signaled a crucial turning point in the war. This operation was specifically driven by Adolf Hitler's ideological desire to conquer Soviet territory as outlined in his 1925 manifesto Mein Kampf ("My Struggle").

littledick
Probably the Fuhrer&#39;s biggest mistake. In so doing it made it a bit &quot;easier&quot; for those on the western front.

dsneed
I think I missed that day of school.

jack patti go
I have been cheated! 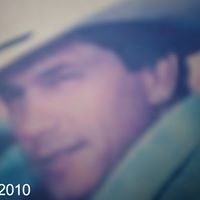 Cottec
Napoleon couldn’t do it nor could Hitler.

Chriss Crockford
Guessed this one.

vasily tchaikovsky
Good eazy Q 50% people was right .For some version Stalin provoke Hitler for invasion because he planed his own invasion to Germany Hard to say who is guilty in WWII

Suraya Choudhury
I thought that it might have had something to do with rescuing Mussolini ! Avis Naike
I guessed the answer!

Louise
williamrlaughlin, Thank you for that information.

Janette Will
I’m not doing well with this batch of questions, need to do more reading.

Karen Mulhollem
williamrlaughlin, WHO had the red beard? and thanks for answering MY question, what does Barbarossa mean?
Author:
E11-Hitman
Writer