Eliza Arnold was born to Henry and Elizabeth Arnold in London in the spring of 1787. Her mother was a stage actress in London from 1791 to 1795. Henry died in 1789 and, in November 1795, only mother and daughter sailed from England to the United States, arriving in Boston, Massachusetts on January 3, 1796.

Eliza debuted on the Boston stage at the age of nine, only three months after her arrival in the United States. She played a character named Biddy Blair in David Garrick's farce Miss in Her Teens and was praised in the Portland Herald: "Miss Arnold, in Miss Biddy, exceeded all praise.. Although a miss of only nine years old, her powers as an Actress will do credit to any of her sex of maturer age".

Michael L Reinhardt
Good question. Got it right. Edgar Allen Poe is one of my favorite authors.

mainjim
I find it quite interesting as I&#39;m on vacation, here in Virginia, and just visited the Poe museum two days ago!

wandajaneburlinson
I have written extensively of Poe.

Cheryl McMeekin
Easy peasy question, but great info. Just wonder how she does?? Dave Weaver
She was only 24 when she died? Wow that is young! Elaine Miller Janos
She is buried on the grounds of the historic St. John&#39;s Episcopal church in Richmond.

dsneed
tesla alset, Thank you for your reply. I look forward to your responses.

dsneed
Took the easy way out. Yay me.

silrem
How did she die at such a young age?

budderdudder
A Giveaway with the &quot;all 3 choices are correct&quot; option- It always is the answer when it says &quot; all are correct&quot;, every time in the 5 years I have been playing!! A no-brainer!

Elsy O. Stromberg
In multiple choice you need to pick the best answer, Barbara and others. 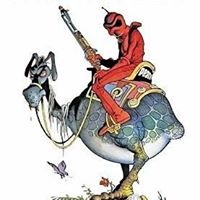