Charles Rothschild's enormous collection of which of these is now situated at the Natural History Museum?

Nathaniel Charles Rothschild (9 May 1877 – 12 October 1923), known as "Charles", was an English banker and entomologist and a member of the Rothschild family. He is remembered for The Rothschild List, a list he made in 1915 of 284 sites across Britain that he considered suitable for nature reserves.

He worked as a partner in the family bank NM Rothschild and Sons in London. He went to Rothschild's Bank every morning; despite all his interest in science and in natural history, he never missed a day. He was also very interested in the gold refinery operated by Rothschild's, and invented a variety of devices for collecting gold, and working on gold from a scientific point of view. He also became Chairman of the Alliance Assurance Company.

However, like his zoologist brother, he devoted much of his energies to entomology and natural history collecting. His enormous collection of some 260,000 fleas is now in the Rothschild Collection at the Natural History Museum; he described about 500 new flea species. One of these, which he discovered and named, was the plague vector flea, Xenopsylla cheopis, also known as the oriental rat flea, which he collected at Shendi, Sudan, on an expedition in 1901, publishing his finding in 1903.

filmnut
In a very real sense it may have been an extremely important endeavor. Fleas carry extremely deadly diseases.

tbear
Reading it made me itch! 😊 Wendy Petty
Everybody doesn’t know, neither did I

Jacqueline Tattam
Lawrence Rustem, why? What nationality do you think someone born in London, England is? 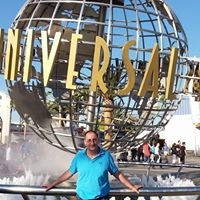 john duckett
I went for fleas because it seemed so absurd!

Vince Savage
How did he sleep at night....all those fleas...