English is the official language of the United States

The United States doesn’t have an official language. President Theodore Roosevelt stated in 1907, “We have room for but one language in this country, and that is the English language, for we intend to see that the crucible turns our people out as Americans, of American nationality, and not as dwellers in a polyglot boarding house.” While English has come to dominate in the United States, 232 years later it still has not been made the official language for more or less the same reason it wasn’t in 1780. In fact, the American Civil Liberties Union argues that declaring English as the official language of the United States would violate the First Amendment.

bmeuler
I&#39;m sorry if I am not politically correct but I didn&#39;t spend 26 years of my life defending anything other then the American way of life and the English language. The rest of the world recognizes English as the dominant language. Why..oh..why would we think anything else. Libtards do not rule our glorious country.

carlthedad
English is the unofficial language of The United States for over 200 years. It was never disputed until the mid 1980s.

Marianne Frederick Halterman
Forgive me, the Constitution, the Declaration of Independence, the Pledge of Allegiance to the Flag, the Oath of Office (for every candidate who holds an office in the U.S. Congress or Federal Government)--all are written in English. And that was the language my great-grandparents had to learn when they got off the boat in this Country. And that&#39;s official enough for me!

billyboy915
Avtcman, Making a statement should by no means be interpreted as an executive order. bigmik
WTF english is the official language in the

Oksofar....
Well it sure as heck isnt latin, so if it walks like duck, talks like a duck.. must be a rabbit...enuf said Kenneth Pyeritz
This was a trick question. 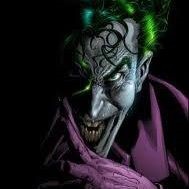 Graham Hager
timwhitestevens, You must be a lawyer A lot of double talk and bullshit which amounts to a lot of nothing!!! Bob deRoos
When the founding fathers were deciding what language to write the Constitution in, it was between English and German, both being commonly used at the time. It may not be &quot;official&quot; or politically correct but a decision was made. Rosalind Brewster Kill
Yes.... it should be the official language !!!!!

timwhitestevens
Dear Ann Lewis: I often am referred to your comments when a question is not approved. A common comment you make is that the question has a picture of poor quality, or no picture at all. However, I think with many questions the quality of the picture doesn&#39;t matter or is not needed at all. A good example is this question of yours. Thank you for your assistance and consideration. Sincerely yours, Tim White-Stevens. Jean Coughlin Theroux
bmeuler, why must you reduce your response to insulting language? Our language of English as you call it has evolved over the life of our country. We do not speak English we speak Americanized English. We have taken words from all sorts of languages and made them our own. So shut the hell up.

dsneed
I knew that, but could not get the game to comply with the negative response.

Gina
I am totally with you, bmeuler! 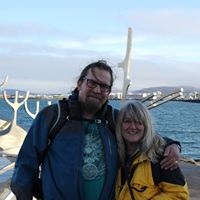 Doug Faber
bmeuler, seriously? You&#39;re going to bring politics into a quiz club? Libtards? Must bother you to realize we&#39;re smart enough to know that our country has no official language. How dad.

Susannah Landis
bmeuler, the American way includes thousands of people whose first language is not English. Tradition and ethnicity are important to almost all people, and that includes passing on native languages to the next generation. Statistics show that by 2040, 50% of the population will not have English as their first language. No one group is trying to take over our country or make us speak Spanish, a Chinese dialect, German, Russian, or any other language. There is no reason to make English the official language since most immigrants to our country learn to speak English. One question for you, bmeular, how did you defend the English language as you stated you did?

Barb Beck
bmeuler, YOU ARE REALLY REALLY RUDE. You RIGHT WINGERS are just as bad or WORSE in my book. But then you probably the Orange Man is doing a great job. NOT EVER.

Rebecca Del Medico
bmeuler, why blame liberals for this? It was never made the official language. If you are blaming the liberals because of the ACLU don&#39;t. Although they are very liberal they do not represent liberals.
Author:
Ann Lewis
Writer