Fermat's last theorem was a mathematical result written down by Fermat in 1637; but after his death in 1665 no-one could find any evidence that he had actually proved his theorem. When was the result finally proved?

In number theory, Fermat's Last Theorem states that no three positive integers a, b, and c satisfy the equation a^n + b^n = c^n (where a^n means "a raised to the power of n") for any integer value of n greater than two. The cases where n = 1 and n = 2 have long been known to have infinitely many solutions. This theorem was first conjectured by Pierre de Fermat in 1637 in the margin of a copy of Arithmetica where he claimed he had a proof that was too large to fit in the margin.

A lot of time (358 years, to be specific) has passed before the first successful proof of the most difficult mathematical problem of all time was released and published. Andrew Wiles, a British mathematician born in 1953, released the proof in 1994. It was officially published in 1995. This very theorem became a powerful motivation for the development of algebraic number theory in the 19th and 20th centuries. The theorem had more unsuccessful proofs than any other one known.

Bill Coe
I would say, based on your own explanation, that your answer is incorrect. He proved it in 1994. He published it in 1995.

Special Patrol Group
The correct answer is: Andrew Wiles, a British mathematician born in 1953, released the proof in 1994. As shown in your explanation. 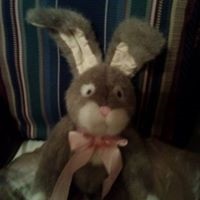 Dragon Rebel
Further work by other mathematicians showed that a counter-example to Fermat&#39;s Last Theorem would provide a counter -example to the Shimura-Taniyama-Weil Conjecture. The proof of Fermat&#39;s Last Theorem was completed in 1993 by Andrew Wiles, a British mathematician working at Princeton in the USA. Wiles gave a series of three lectures at the Isaac Newton Institute in Cambridge, England the first on Monday 21 June, the second on Tuesday 22 June. In the final lecture on Wednesday 23 June 1993 at around 10.30 in the morning Wiles announced his proof of Fermat&#39;s Last Theorem as a corollary to his main results. Having written the theorem on the blackboard he said I will stop here and sat down. In fact Wiles had proved the Shimura-Taniyama-Weil Conjecture for a class of examples, including those necessary to prove Fermat&#39;s Last Theorem. This, however, is not the end of the story. On 4 December 1993 Andrew Wiles made a statement in view of the speculation. He said that during the reviewing process a number of problems had emerged, most of which had been resolved. However one problem remains and Wiles essentially withdrew his claim to have a proof. He states The key reduction of (most cases of) the Taniyama-Shimura conjecture to the calculation of the Selmer group is correct. However the final calculation of a precise upper bound for the Selmer group in the semisquare case (of the symmetric square representation associated to a modular form) is not yet complete as it stands. I believe that I will be able to finish this in the near future using the ideas explained in my Cambridge lectures. In March 1994 Faltings, writing in Scientific American, said If it were easy, he would have solved it by now. Strictly speaking, it was not a proof when it was announced. Weil, also in Scientific American, wrote I believe he has had some good ideas in trying to construct the proof but the proof is not there. To some extent, proving Fermat&#39;s Theorem is like climbing Everest. If a man wants to climb Everest and falls short of it by 100 yards, he has not climbed Everest. In fact, from the beginning of 1994, Wiles began to collaborate with Richard Taylor in an attempt to fill the holes in the proof. However they decided that one of the key steps in the proof, using methods due to Flach, could not be made to work. They tried a new approach with a similar lack of success. In August 1994 Wiles addressed the International Congress of Mathematicians but was no nearer to solving the difficulties. Taylor suggested a last attempt to extend Flach&#39;s method in the way necessary and Wiles, although convinced it would not work, agreed mainly to enable him to convince Taylor that it could never work. Wiles worked on it for about two weeks, then suddenly inspiration struck. In a flash I saw that the thing that stopped it [the extension of Flach&#39;s method] working was something that would make another method I had tried previously work. On 6 October Wiles sent the new proof to three colleagues including Faltings. All liked the new proof which was essentially simpler than the earlier one. Faltings sent a simplification of part of the proof. No proof of the complexity of this can easily be guaranteed to be correct, so a very small doubt will remain for some time. However when Taylor lectured at the British Mathematical Colloquium in Edinburgh in April 1995 he gave the impression that no real doubts remained over Fermat&#39;s Last Theorem.

Lynne Zeman
....I fell asleep during the 1st paragraph. Laurette Pearlman
You lost me at integer!!!

Peter Robertson
This Theorem is something that every person should know. Who knows when the opportunity to slip it in to the conversation will occur? Best be ready! What was it again?

Karin Johansson
Ike Hinlo Caceres, until it is published it is not proved and can be changed. I understand you have never gone at a university. John Dommerman
Math is definitely not my forte&#39; 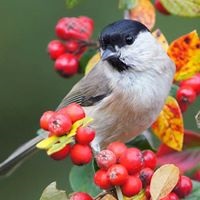 Jacqueline Hageman
Well, math was never my “forte”, so yes, I screwed up the answer. Next....ask me if I care. About this question I mean.

Ray Anderson
I remember my high school math teacher talking about this as unproven. That was in the late 1960&#39;s.

Annie
Best guess I have made. Yeah. Steve Edwards
It would only be considered “proved” once published! This proof was so complex that it took months for other mathematicians to verify that it was correct. The answer is therefore correct.

joan musicmasters
Never heard of Fermat. Guessed the answer. Got it right, only to find out that the answer given is actually wrong - what the heck...? LOL!!
Author:
Frank Cowell
Writer