For what is a long and flexible pole used in pole vaulting?

Pole vaulting, also known as pole jumping, is a track and field event in which an athlete uses a long and flexible pole, usually made from fiberglass or carbon fiber, as an aid to jump over a bar. Pole jumping competitions were known to the Mycenaean Greeks, Minoan Greeks and Celts. It has been a full medal event at the Olympic Games since 1896 for men and since 2000 for women.

It is typically classified as one of the four major jumping events in athletics, alongside the high jump, long jump and triple jump. The object of pole vaulting is to clear a bar or crossbar supported upon two uprights (standards) without knocking it down.

Poles were used as a practical means of passing over natural obstacles in marshy places such as the province of Friesland in the Netherlands, along the North Sea, and the great level of the Fens in England across Cambridgeshire, Huntingdonshire, Lincolnshire and Norfolk. Artificial draining of these marshes created a network of open drains or canals intersecting each other. To cross these without getting soaked, while avoiding tedious roundabout journeys over bridges, a stack of jumping poles was kept at every house and used for vaulting over the canals.

Today, athletes compete in the pole vault as one of the four jumping events in track and field. Because the high jump and pole vault are both vertical jumps, the competitions are conducted similarly. Each athlete can choose what height they would like to enter the competition.

garrett scott
I believe the correct answer is not listed. It is used for vaulting which is distinct from jumping. I was a high school pole vaulter and I never heard anyone with any sophisticated knowledge of the event call it pole jumping.

jonbroberts
It&#39;s not used for jumping or climbing. It&#39;s used to vault. Just like a baseball or cricket bat isn&#39;t used for swinging. They are for batting. Poorly done selection of answers.

MRogers
garrett scott, one would only have to “witness” a pole vaulter in action to understand there is absolutely no jumping involved. There is the problem for Lily in that I don’t think (and many agree) that “she” is capable of witnessing anything.

Player
The comments are more fun than the question

earlepg
The first sentence of the article says &quot;Pole vaulting, also known as pole jumping ... &quot;. It&#39;s no wonder Lilly came up with this question when it&#39;s based upon this source of expertise. I really can&#39;t speak for anyone else, but I have never heard of an event called pole jumping. I&#39;m open to enlightenment.

Al Breyette
Maybe Lilly can use one to &quot;pole Jump&quot; out of Quiz club. Its vaulting not jumping Lilly, you can at least use the correct terminology in the answer if you are going to continue to submit 3rd grade general knowledge questions.

Neelanjan Roy
Lilly getting better and better in rolling out junk! Sadly, there are no filters working in Quizzclub!

Frank Cowell
QC have left the LillyQuestionGenerator switched on again...

Paul Greenslade
Words continue to fail me when faced with Silly Lilly’s inanities.

Stevie G
They do not jump they vault ... but after all it is a silly Lilly question. 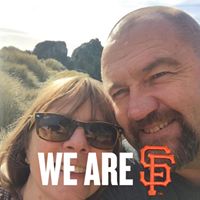 Swampy Marsh
Don’t you think she thrives on this otherwise why would she continue?Ron Harvey,

fdeisner
Lilly you use a choice of dancing. Is that because you enjoy pole dancing? If so where do you poll dance? Just asking.

john duckett
Just when I think Lilly cannot get worse she/he/they raises (or lowers) the bar. But at least the absurdity of this question made me laugh.

Johnny Rock
To be honest, both climbing and jumping are correct.

Char
fdeisner, says you the internet uses it alot on its own..

Char
Ron Harvey, we don&#39;t want lily to retire just those who want to ban here. A few people has no idea now they do
Author:
Lilly Nicolson
Writer