Frank Sutton was a military veteran of what branch?

Frank Spencer Sutton was born October 23, 1923 in Clarksville, Tennessee. He is best known for his portrayal of Sgt. Carter on Gomer Pyle.

His father was a linotype operator for the Nashville Tennessean and died, when his son Frank was 14 years old.

Sutton tried to join the Marines, but was turned down for failing to pass the physical, because one arm was bent too far back at the elbow.

However, he was able to join the Army and participated in 14 assault landings, including those at Leyte, Luzon and Corregidor during World War II.

Dale Teague
A very good actor also. Sometimes not as rough as you think. 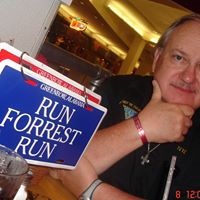 Steven Stocks
You would have missed it since it is a Marine uniform. Darlene Davidson,

Rob Farr
The aired this show on TV here in Australia, and it was very popular.

David Holmes
Lorna Lake, There is a picture, &quot;worth a thousand words&quot; I have heard.

Lorna Lake
Some sort of additional information would have been helpful .. for example, was this a genuine serviceman or an entertainment portrayal. Even, which country might have been good!

Stevie G
What country are you talking about ???? Deb Harbaugh
Yes, I was thinking the character, not the actor. Oops. Terry Osborn
Golly, who would have thunk? ;) Surprise, surprise , Surprise.....

Tim Miner
So,,,, he is wearing a Marine uniform in the picture.... because he played a Marine Drill Instructor..... Cathryn Fry-Cole
The picture is misleading. The show was about the Marines.