From which country did the Yorkie breed dog originate?

The Yorkshire Terrier (also called a "Yorkie" originated in Yorkshire and adjoining Lancashire, a county in northern England.In the mid-19th century, workers from Scotland came to Yorkshire in search of work and brought with them several different varieties of small terriers. Details are scarce. Mrs. A. Foster is quoted as saying in 1886, "If we consider that the mill operatives who originated the breed...were nearly all ignorant men, unaccustomed to imparting information for public us we may see some reason why reliable facts have not been easily attained."

The breed comes from three different dogs, a male named Old Crab, a female named Kitty, and another female whose name is not known.The Paisley Terrier, a smaller version of the Skye Terrier that was bred for a beautiful long silky coat, also figured into the early dogs. Some authorities believed that the Maltese was used as well. "They were all originally bred from Scotch Terriers meaning dogs from Scotland, not today's Scottish Terrier and shown as such the name Yorkshire Terrier was given to them on account of their being improved so much in Yorkshire. The Yorkshire Terrier is a Toy breed of dog. 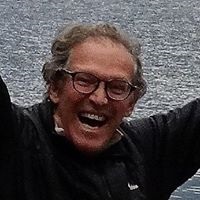 Caco Peluso
I’m sorry. “Africa” is not a country and you might find more than 50 really different countries over there!

Mark Ann Dubaz
Our landlord when we lived in England had 12 Yorkshire Terriers. They raised some to breed and some for dog shows. Can you imagine 12 Yorkshire’s barking all at the same time? I can tell you it’s deafening. Sabrina Mars
I didn&#39;t grow up having dogs nor cats in the house. So I guess I&#39;m not a fan of animals. But I do know cute ones when I see them.

Cutienazzypopsies
I hate dogs but I like guinea pigs and cats and bunny&#39;s I have soo many

jan swanson
I know what a Yorker is!

Player
Caco Peluso, who told u that

averywilliams
that is a lie you asked google didnt you well google is wrong.

Lynn Fube
Be specific and name countries not continents among a countries. Im super dog lover, i own a mastiff ( BoerBel)

Brenda Mcclendon
It was fun

Amelia Pelejo
That came to my mind too

vern veronika
I just knew 2 of these countries is were they eat dogs. janellebiggs
They are so cute!!
Author:
Bonnie Holland
Writer