He is the first African Noble Prize laureate for Literature. His name is?

Wole Soyinka was awarded the Nobel Prize for Literature in 1986, becoming the first African laureate in Literature. He was described as one "who in a wide cultural perspective and with poetic overtones fashions the drama of existence".

Reed Way Dasenbrock writes that the award of the Nobel Prize in Literature to Soyinka is "likely to prove quite controversial and thoroughly deserved". He also notes that "it is the first Nobel Prize awarded to an African writer or to any writer from the 'new literatures' in English that have emerged in the former colonies of the British Empire."

His Nobel acceptance speech, "This Past Must Address Its Present", was devoted to South African freedom-fighter Nelson Mandela. Soyinka's speech was an outspoken criticism of apartheid and the politics of racial segregation imposed on the majority by the Nationalist South African government. In 1986, he received the Agip Prize for Literature. Julie Allen
The 1st African Laureate was Albert Camus in 1957. He was born in Algeria.

Mark Gavin
Surely that&#39;s Morgan Freeman? Can&#39;t get any more obvious than that!

Joan Norris Brigham
I thought that was Don King Alan Waites
easy considering the other 3 are famous for other things. Kathy Sartain Rice
And Albert Lutuli won it in 1960!

linda horton
It was Albert Camus in 1957

Joanne Serin
The prize is spelled NOBEL, and Albert Camus (born in Algeria) won it in 1957, but wasn&#39;t even mentioned. Terrible question 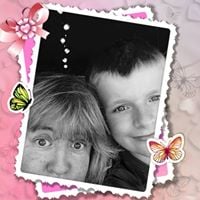 Vicki Gabe Woods
QUIZ Hacking And Not. Letting Me Answer

Howard Groopman
Never heard of him, but it was easy to eliminate the other 3. And the writer could at least have spelled Nobel correctly.

Lupe Hernandez
Robert Cone, Obama is from Hawaii, not Kenya, how long are you going to beat a dead horse, enough already!!!! And the name is spelled BARACK, learn something new today Robbie????

Johnny Rock
Knew that the other three weren&#39;t Soyinka so it left no doubt.
Author:
Baron Byron Greenback
Writer