How did Tsutomu Yamaguchi become famous?

Tsutomu Yamaguchi was born in Nagasaki on 16 March 1916. He joined Mitsubishi Heavy Industries in the 1930s and worked as a draughtsman designing oil tankers, still living and working in Nagasaki.

In the summer of 1945 he was in Hiroshima for a three-month-long business trip. On 6 August, he and two colleagues were preparing to leave the city when he realised he had forgotten his "hanko" identification stamp and returned to his workplace to get it. At 08:15 he was walking towards the docks when the American B-29 bomber "Enola Gay" dropped the "Little Boy" atomic bomb only 3 km (1.9 mi) away. Yamaguchi recalls seeing the bomber and two small parachutes, before there was "a great flash in the sky, and I was blown over". The explosion ruptured his eardrums, blinded him temporarily, and left him with serious radiation burns. Nevertheless he and his colleagues returned to Nagasaki the following day; he received treatment for his wounds and, despite being heavily bandaged, he reported for work on 9 August.

At 11:00 that day, Yamaguchi was describing the blast in Hiroshima to his supervisor, when the B-29 "Bockscar" dropped the "Fat Man" atomic bomb over the city. His workplace again put him 3 km from ground zero, but this time he was unhurt by the explosion. However, he was unable to replace his now ruined bandages and he suffered from a high fever and continuous vomiting for over a week.

George Oliver Prince
If it weren&#39;t for bad luck, I&#39;d have no luck at All &quot;Hee Haw TV series&quot;

Peggy Tinsley
lls, If most people in the world were not power hungry and just plain mean to other people, there would be no need for a war.

lls
If humans didn&#39;t start wars, no one would have to perish, trying to &quot;finish&quot; them... 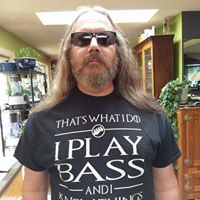 Edward Dickson
Sadasivan Suryanarayanan, Well, considering that the Japanese government refused to surrender after the first bomb, and was informed that another one was coming, I suppose that you could justify it as necessary.
Author:
Frank Cowell
Writer