How long does it take for the Earth to rotate half a turn on its axis?

It takes about 24 hours for the Earth to make one complete rotation on its axis, therefore, it only takes half that time to rotate halfway - 12 hours. The Earth's axis runs from the North Pole to the South Pole, and it is because of the constant rotation that different time zones exist.

The axis is not a vertical line, but tilts at 23.5 degrees. Due to this tilt, the Earth does not receive an equal amount of sunlight over the entire planet. The northern hemisphere is angled away from the sun during the winter season, but towards the sun in the summer. The southern hemisphere experiences the same, although at opposite times to the north. The nordic countries, which are close to the North Pole, sometimes experience 24 hours of sunlight in the summer and 24 hours of darkness in the winter.

Despite the rapid rotation of the Earth, the movement cannot be felt on the planet. Gravity and centrifugal force keep the world's inhabitants grounded. Whilst we can see the movement of the sun from east to west, we cannot sense that we are moving. It is partly because of this that people once thought the sun revolved around the Earth.

The Earth is also moving around the sun on an orbit. It takes approximately 365 days to complete one circuit. It is impossible to physically detect this movement too.

Greigg Graf
More than 30 to 40% missed this question? Seriously?

Denise Currie
Simple, half a day 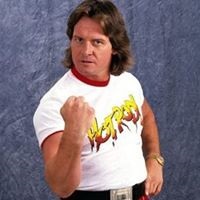