Since Batman’s creation in 1939, there have only been seven actors who have played the superhero on film. This year, Ben Affleck becomes number eight in Superman v Batman: Dawn of Justice.

1. In 1943, Lewis Wilson was not only the original Batman, but it was also his first serial film and his most popular. Unfortunately, most people have never heard of him.

2. Robert Lowery in 1949 played the Caped Crusader; John Duncan was the Boy Wonder. Lowery's serial film was made by Columbia Pictures. He worked as an actor until he died in 1971 of a heart attack.

3. Adam West who is famous for playing Batman was in a 1966 movie made more as a comedy and played on the comic strip’s sillier side.

4. Michael Keatons’ first foray as the Dark Knight landed on the year of Batman’s 50th birthday. Keaton played Batman in 1989 and 1992. Keaton was the first actor to use the line “I’m Batman”.

5. In 1995, Val Kilmer played Batman in the movie, Batman Forever. This film brought Robin back to the screen in the form of Chris O’ Donnell.

6. George Clooney got the role of Batman in 1997 in the film Batman and Robin. It has been said that this film bombed with fans and critics alike.

7. In 2005, 2008 and 2012, Christian Bale played Batman in three of Christopher Nolan’s movies. These movies centered on three themes: pain, fear and chaos.

Jackie Berryhill
It think your answer is wrong because it said up until 2016 and Ben Affleck did it in 2017 to make 8 so 7 should be the answer.

EarindilAO
I believe that the Christian Bale series of &quot;Batman&quot; was the most realistic... It featured the best rendition of the &quot;Joker&quot; by Heath Ledger...

Denise Currie
Majority vote was very close between 7 and 8, so I opted for 8 I could think of 6 and added a couple more for my lack of memory. It worked Bill Hickman
Best was Christian Bale, with a tie for second between Adam West and Michael Keaton. Ben Affleck looks old and fat!!!!!

Marian Spitzig
Until means prior to 2016, not including 2016 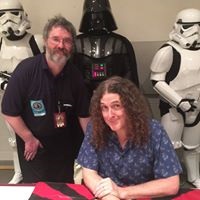 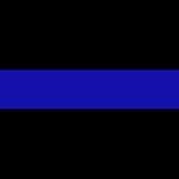 Sandy McGill Pulsifer
there have been 9 so this answer is wrong
Author:
E11-Hitman
Writer