How many people did Richard Speck kill in 1966?

Richard Benjamin Speck, who lived from December 6, 1941 to December 5, 1991, was an American mass murderer who systematically tortured, raped, and murdered eight (8) student nurses from the South Chicago Community Hospital in July 1966.

Speck was sentenced to death, but that sentence was later overturned due to issues with jury selection at his trial. Speck died of a heart attack after 25 years in prison. Because Speck's sister feared that his grave would be desecrated, Speck was cremated. His ashes were scattered in a secret location in Joliet, Illinois . 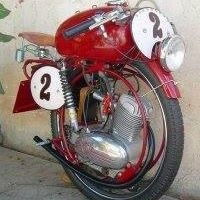 Peter Bergman
My bad. I said nine but his nineth victim survived because she hid under a bed. Katherine Rose-Plum
Pray for the families of those students, and those of the Speck family. All have to live with the tragedy of what happened. It was a very sad time in our country&#39;s history. I send love to all, whose heart felt the sting of the news. May God give them peace.

Jacqueline Tattam
Let’s not give these vile creatures any more notoriety or recognition than they have already gotten. Remember the victims’ names not the filth that killed them.

Bill0325
This guy was sentenced to death but died in prison more than 20 years later. Our society provides for a prompt hearing and trial - but delay after delay for the convicted 😎 Marion David Mooney
Do not like the question because it memorializes a mass murderer. There are enough people with solid accomplishments to remember.

Audrey Thorson
I said nine because he had already killed a woman before he killed the eight nurses.

macroburg
Sad, I was right!

Shirley Dutt
Too bad he wasn&#39;t immediately executed, saving the state of Illinois a lot of money. He was a monster. Chris Hall
Why do you think he only started there?

tbear
Will never forget that name! Remember it well! 😡👎

carlthedad
8 was all he admitted to. The Chicago Police department believed the actual count of victims was closer to 26 over a 4 year period.

larrywagner
Another name that should not be printed here. Think of the families and loved ones that may be playing.

Howard Groopman
Dumb question, who would know that? I remember when he killed all those nurses, but certainly not how many. 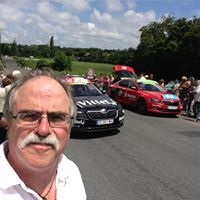 Frank Sherwood
8 nurses on one night in July, plus this: &quot;A week later, Mary Kay Pierce, a 32-year-old barmaid who worked at her brother-in-law&#39;s tavern, Frank&#39;s Place, in downtown Monmouth, was last seen leaving the tavern at 12:45 a.m. on April 9[, 1966]. She was reported missing on April 13, and her body was found that day in an empty hog pen behind the tavern. She had died from a blow to her abdomen that ruptured her liver.&quot;

kite005
Wow, looked it up on Wiki and there it says he did this in one night. By the way I didn&#39;t look it up for the answer that would be cheating.

Cottec
Don’t know how inmates on death row in the USA stay there for years. Only the lawyers win. ALL multiple murderers should be executed.

Peter Robertson
Always puzzling how he confined them in a room and took them out one by one.Weird 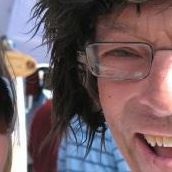 Ian Gavin
Never heard of him - despite having lived in Chicago for 4 years. I&#39;m pleased his &quot;legacy&quot; isn&#39;t bigger. 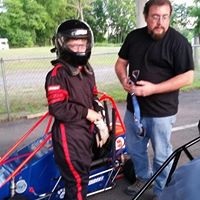 Elizabeth Stephens Smith
Cheryl Perkins, when will you learn to 1,mind your own countrys business,2 learn facts before spouting your ignorant comments. He stabbed them to death. Since you dont seem to understand a lot,a KNIFE was used,not a gun. GUNS use bullets. The nurses WERE STABBED. Can you understand that or do you need pictures to grasp something so simple.