How many people have refused to accept their Oscars?

Some winners critical of the Academy Awards have boycotted the ceremonies and refused to accept their Oscars.

The first to do so was Dudley Nichols (Best Writing in 1935 for The Informer). Nichols boycotted the 8th Academy Awards ceremony because of conflicts between the Academy and the Writers' Guild.

George C. Scott became the second person to refuse his award (Best Actor in 1970 for Patton) at the 43rd Academy Awards ceremony. Scott described it as a 'meat parade', saying 'I don't want any part of it.'

The third was Marlon Brando, who refused his award (Best Actor for 1972's The Godfather), citing the film industry's discrimination and mistreatment of Native Americans. At the 45th Academy Awards ceremony, Brando sent Sacheen Littlefeather to read a 15-page speech detailing his criticisms.

Stevie G
There have been 7 people who did not go to the Oscars to collect their Oscar. Four of them still recieved their Oscar. Therefore there is only 3 that have completely refused their Oscar.

Annie
Whatever in the grand problems in this world - who cares! They still earned millions for appearing in the films, did they also turn down the money or donate the money to their “cause”?

d p catalano
The awards shows are nothing more than a big joke. These people need to stop patronizing themselves. Waste of time. Money spent on these events could be spent on better things. Like medical research or environmental situations. Please. Stop this madness. 😠

dvdeaton
Knew about George C. Scott and Brando. Didn&#39;t know of any others so figured 3 was the right one. Brando was &quot;in love&quot; with his political views but didn&#39;t mind commanding top dollar and becoming wealthy off of same system. Scott was a bit more down to earth. Acting was his acting and craft but he didn&#39;t feel he was any better or worse than other performers!!

michelle d blauert
Its all the love of money

Armadillo
Luis Perez, what was wrong in the answer that you would have done something else about.

Armadillo
michelle d blauert, the root of all evil, ruining our communities.

Armadillo
Annie, The Godfather kept all his. 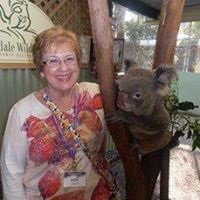 Judy Franklin
No, it says “how many people”. Christopher John Goddard,

Will Justton
I only knew about 1 Marlon Brando I guess don&#39;t mess with indians or Native Americans

Perk
Knew about Scott and Brando, but 2 was not one of the choices, so I clicked 3 since it was the lowest number. Yipeee I got it right. Michael Byrne
The question was what 3 people refused to accept the award.