How many people have walked on an astronomical object other than the Earth?

Apart from these 24 people who visited the Moon, no human being has gone beyond low Earth orbit. They have, therefore, been farther from the Earth than anyone else. They are also the only people to have directly viewed the far side of the Moon. The 12 who walked on the Moon are the only people ever to have set foot on an astronomical object other than the Earth. John Seiple
Dennis Myers make the point I was thinking. Writers, pay attention to what words mean. Since you chose to include, “....other than the earth...” space stations was next in line behind the moon. Because of your answer choices I had to make an assumption that you were only speaking of the moon. Be specific when you were specifically referencing the moon. The nature of multiple choice questions are to be exact as possible. 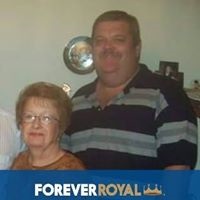 John Wheat Jr
A very nice question! Since astronomical objects by definition are those that occur naturally, the man made structures such as space stations do not fall into this category.

carlthedad
Why can&#39;t people ask how many men walked on the moon. There I said it. Yes it was American men who did that.

wordster
Janet Grange, Oh dear Janet, you really ought to make an effort to regain some touch with reality. A good start would be to quit listening to kooks like Alex Jones and his ilk, and listen to actual experts in the sciences. You probably think climate change is a hoax, too, or that the Holocaust never happened. All you have to lose is your ignorance. Wake up!

Paul Stringer
Don&#39;t be so fancy with your wording. WHo knows? There might be a piece of an &quot;astronomical object&quot; -- a chip off an asteroid-- in my backyard which I walked on today.

robert karel
I got it! Don’t care about all the bs!

segarolow
And how about the ones from the USSR?

Andrew King
What about space stations?

krkyates
No confusion, I was listening to the crazy report of the NBA players not believing that man walked on the moon.

Lindsay Fussell
Just answered this question in another format two questions ago today.

John W Shreve
Irma Rivera, No one can believe it, Irma.

Patsy Burchell
Richard S. Levine, I said that and quite a few repeat if you have noticed