How many recipients were given a Peabody in the first ceremony in 1940?

When the first set of Peabody Awards were given out in 1940, broadcasting meant radio. Before the decade was over, the scope of the award grew to include television storytelling. By the late 20th Century, television was redefined through cable and satellite technologies. The Peabody Awards again recognized shifts in storytelling as a result of these changes. Today, the scope of the Peabody Awards continues to grow as media changes, but the goal of the award remains the same: to recognize stories that matter.

Since 1940, the Peabody award has steadily grown from being the “Pulitzer Prize for Radio” to recognizing excellence in a wide range of electronic media. The awards continuously recognize great achievement and meritorious public service by radio and television stations, networks, producing organizations and individuals. They truly perpetuate the memory of the banker-philanthropist whose name they bear. 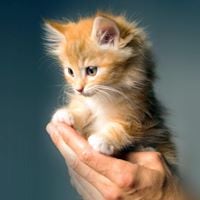 Cristobal Herrera
No winners for that year but you guys didn&#39;t include 0 in your answers
Author:
E11-Hitman
Writer