How many state names in the U.S. start with the letter "O"?

There are three state names in the United States that start with the letter "O". They are Ohio, Oklahoma and Oregon. Ohio is a state in the mid-western region of the United States. It is the 34th largest by area, the 7th most populous, and the 10th most densely populated state in the country. The state's capital and largest city is Columbus. Ohio is known for its status as both a swing state and a bellwether in national elections. Six Presidents of the United States have been elected who had Ohio as their home state. Oklahoma is a state located in the South Central part of the United States. It is the 20th most extensive and the 28th most populous state of the 50 United States. The state's name is derived from the Choctaw words okla and humma, meaning "red people". It is also known informally by its nickname, The Sooner State. It became the 46th state to enter the union. The third state on the list is Oregon. It is a state in the Pacific Northwest region of the United States. Oregon is bordered on the west by the Pacific Ocean, on the north by Washington, on the south by California, on the east by Idaho, and on the southeast by Nevada. It is the ninth largest and, with a population of 4 million, 26th most populous state in U.S. It was admitted into the union as the 33rd state in February 1859.

Jas Newman
So, if the Washington football team moves to Oklahoma, can it have its name back?

Robin Heckler
Excellent US geography question with a great write up. Very informative. I know many people outside of the US will be able to learn some about a few of our states from this. At least the O states.Well done Hitman. This is what it is all about. 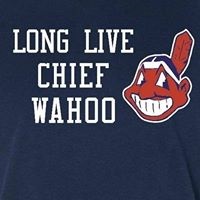 Merri Sillery
Francie Carlson, gee, I wonder where I read that before. Smh

Char
Richard D. Boyle, we didn&#39;t talk about states around our kitchen table or anywhere else I learned mine at school..I missed because I didn&#39;t go far enough to the middle of the map on my head.. I got the other two no problems

Richard D. Boyle
Easy question for anyone who knows their states. Learned them at age five around the kitchen table.