How old was Vincent van Gogh when he died?

Vincent Willem van Gogh (30 March 1853 – 29 July 1890) was a Dutch post-impressionist painter who is among the most famous and influential figures in the history of Western art.

On 27 July 1890, aged 37, Van Gogh shot himself in the chest with a 7mm Lefaucheux à broche revolver. There were no witnesses and he died 30 hours after the incident. The shooting may have taken place in the wheat field in which he had been painting, or a local barn. The bullet was deflected by a rib and passed through his chest without doing apparent damage to internal organs – probably stopped by his spine. He was able to walk back to the Auberge Ravoux, where he was attended to by two doctors, but without a surgeon present the bullet could not be removed.

The doctors tended to him as best they could, then left him alone in his room, smoking his pipe. The following morning Theo rushed to his brother's side, finding him in good spirits. But within hours Vincent began to fail, suffering from an untreated infection resulting from the wound. He died in the early hours of 29 July. According to Theo, Vincent's last words were: "The sadness will last forever".

vudu
Excellent quiz. Thank you. His story is so sad! He was such a great artist, but it seems that he just could not get a hold on life. He surely could have benefited from therapy during his lifetime. RIP Vincent.

Lynne Zeman
Such a brilliant artist. Such a tortured mind. 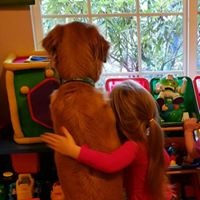 Deb Schlawin
Read somewhere he had an older sibling who died before he was born, so the parents gave him the same name. He frequently walked past a gravestone with his name on it. Would definitely warp a body!!

Debbie Moser
Margaret Haigh, isn&#39;t that 2 different songs? Not sure. Roma Carey
There wasn’t much available to treat mental illness and extreme depression at that time . The suffering must have been terrible .🥲

Player
I wonder how/why someone shoots themselves in the chest then I remember he had syphilis.

John W Shreve
I LIKe the paintings he did of his mailman and his family. He loved his mailman as should we all.

vinnie
Joyclin Coates, I saw that documentary and they gathered up alot of circumstantial evidence that made a convincing case against suicide!!

Joyclin Coates
some forensic work/cold case type suggest it is possible he got in a scuffle with local teens who tormented him and a gun went off. Not deliberate suicide. In any case, Vincent was gone.
Author:
David Wilkes
Writer