How tall is Danny DeVito?

Daniel Michael DeVito Jr. (born November 17, 1944) is an American actor, director, producer, and screenwriter. He gained prominence for his portrayal of the taxi dispatcher Louie De Palma in the television series "Taxi" (1978–1983), which won him a Golden Globe Award and an Emmy Award.

After his time on the Taxi series ended, DeVito devoted more effort to a growing successful film career, appearing as Vernon Dalhart in the 1983 hit "Terms of Endearment"; as the comic rogue Ralph in the romantic adventure "Romancing the Stone" (1984), starring Michael Douglas and Kathleen Turner; and its sequel, "The Jewel of the Nile" (1985). Although generally a comic actor, DeVito expanded into dramatic roles with "The Rainmaker" (1997); "Hoffa" (1992).

In 2011, DeVito received a star on the Hollywood Walk of Fame for his work in television. 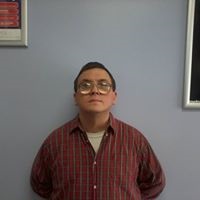 Joseph Jay
The character he played in &quot;Twins&quot; with Big Bad Arnold was &quot;grouchy in the morning, grouchy in the afternoon, moody in the evening.&quot; That sounded a lot like Rhea Perlman&#39;s character Carla in &quot;Cheers&quot;. No wonder they get got married.

Elsy O. Stromberg
He was great in &quot;Taxi.&quot;

Peggy Tinsley
Tal Segal, give her a break, she challenged too Carol Dixie
You can claim a pension for being short?

Irene Townsend
luty, You make it sound like a disease, It isn&#39;t, it just makes life more challenging for them.

Irma Rivera
The question should of been, how short is Danny De Vitto?

Caroline Weis
Had no idea he was that tall, but suspected it after he was teamed with Arnold Schwarzenegger in the movie &quot;Twins&quot;.

TSH
krkyates, He doesn’t have dwarfism. belindawilliams
Michele Barnett, I love that movie! It is under appreciated 🤔
Author:
Lilly Nicolson
Writer