Hugo Chavez was the president of what South American country?

Hugo Rafael Chavez Frías (July 1954 – March 2013), commonly known as Hugo Chavez, was a Venezuelan politician who served as the 64th President of Venezuela from 1999 to 2013. Also, he was the leader of the Fifth Republic Movement from its foundation in 1997 until 2007, when it merged with several other parties to form the United Socialist Party of Venezuela (PSUV), which he led until 2012.

Internationally, Chavez aligned himself with the Marxist–Leninist governments of Fidel and then Raúl Castro in Cuba, and the socialist governments of Evo Morales (Bolivia), Rafael Correa (Ecuador), and Daniel Ortega (Nicaragua). His presidency was seen as a part of the socialist "pink tide" sweeping Latin America. Chávez described his policies as anti-imperialist, being a prominent adversary of the United States's foreign policy as well as a vocal critic of U.S. supported neo-liberalism and laissez-faire capitalism. He described himself as a Marxist.

With the death of Chavez, his Vice President, Nicolás Maduro, was elected president on April 14, 2013.

Laurie Johnson Gonzalez
My ex is Venezuelan and I lived there before Chavez came into power. The people loved him at first because he promised to get American oil companies out of Lake Maracaibo and return the oil profits to the people (socialism). He kept part of the promise: he got rid of the Americans. But the profits did not go to benefit the people. His popularity waned and he was almost defeated in the &quot;free&quot; elections, but international consensus is the elections were fixed. Venezuela does not have term limits so he was able to stay in power until his death. Maduro is his hand-picked successor and it&#39;s generally believed his election was also rigged. Venezuela could be the richest country in South America because of oil, so why is the Bolivar (currency) devalued to the point that all the people are poor? They used to have a large middle class, now the people who were the middle are all destitute. They have a very small upper class, and everyone else is poor. All because of Chavez. He will go down in history as the worse Venezuelan president.

rjgowar
And look at the poor country now. All Marxists, Communists are the same- they get wealthy while the people suffer, but it&#39;s all about good intentions. Just another vicious Murderer like all the leaders mentioned. One other mass murderer leader was Che Guevara! Ana Mercedes Vegas
He&#39;s the sad part of the history in South America

anthonygriffin
The company of &quot;Citgo&quot; gasoline stations throughout the United States, are tied to the country of Venezuela business ventures. Maritza Garcia Bravo
I am from Venezuela, but I live in the USA for 54 years, I&#39;m an American Citizen and very proud, very sad of what is happening in my Country, there are no words to discribe the suffering, also that the people have to leave because of fear and lock of food, medicines, etc. There&#39;s no one to blame, but the citizens, to vote for Chavez, we, the Venezuelans and people from other Countries, have been praying to God, to have some compassion and help this poor people, one way or another, to get this monster out of the Presidency, I will asked the USA to intervene, very soon, before it is too late for the citizens that can&#39;t leave the Country, I also want to ask some people that make comments, no to use the phrase&quot; the rich wants all the money, and don&#39;t care about the poor&quot;, that phrase is in the communist mouth. Thanks to all the person that say a prayer for my Country, God bless you all.

eagarrett
What is so bad is that I&#39;m afraid the United States is headed that way.

bernabella
Hugo Chavez was not a president,he was a Dictator

Diane Lynn Kinsman
Got it,

littledick
No correct guess here, either.

Christopher John Goddard
Laurie Johnson Gonzalez, along with BHO who admired him and embraced him and called him his friend.

Jerry Edwards
I know people hate this but I&#39;m gonna say it.... Yowsah, big 10. I personally find it difficult to score all answers correct, so I&#39;m blowing a big trumpet. Yeah. 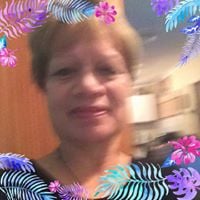 Margret Walker
Mine was just a guess but wrong

abordone
Hugo Chavez was the individual who most hate Venezuela (in spite he was Venezuelan): he destroyed the whole country; before his presence Venezuela was a prosperous country -not only thinking in economics but also was a warm and friendly people. Now, thanks to the cuban-communism he placed is a country where about 4 million of Venezuelans that have left their places, a country where there is not food, no medicines,o nothing. The inflation is the highest in the world, prices are increasing not only weekly or daily but every hour. I have just seen in the news that in a market the people buy the eggs not by the dozen...but one by one. The next dictator (Maduro) has worsened the situation forming a &quot;narco-government&quot;. Armando Lyn Craig
Look to the USA if you want to see injustice,greed and lack of caring for the general public. John Nestor
I enjoy these quizes, not truly in ratings, I like excercising grey matter. One problem is that the questions stop prematurely before quiz over.
Author:
E11-Hitman
Writer