In 1915, 844 passengers and crew perished on which passenger ship in the Great Lakes, in the US?

The 'SS Eastland' was a passenger ship based in Chicago, Illinois in the United States that was used for tours. On July 24, 1915, the ship rolled over onto her side while tied to a dock in the Chicago River. A total of 844 of the 2,572 passengers and crew were killed in what was the largest loss of life from a single shipwreck on the Great Lakes.

Early problems were known after her construction- design flaws were apparent, making her susceptible to listing (titling to either the left or port side or the right, her starboard side). The ship was top-heavy, which became evident when passengers congregated en masse on the upper decks.

On the day of the disaster, the Eastland was chartered to take employees from Western Electric Company's Hawthorne Works in Cicero, Illinois, to a picnic in Michigan City, Indiana. This was a major event in the lives of the workers, many of whom could not take holidays. Many of the passengers were Czech immigrants from Cicero. Of the Czech passengers, 220 of them perished.

The ship's nickname was 'Speed Queen of the Great Lakes'. It was 265 feet long and had two, triple expansion steam engines and four Scotch marine boilers that were coal fired.

After the disaster, Eastland was salvaged and sold to the United States Navy. After restorations and modifications, Eastland was designated a gunboat and renamed the 'USS Wilmette'. She was used as a training vessel on the Great Lakes, and was scrapped after WWII.

Nicholas Miernicki
My grandmother had a set of postcards that consisted of photos of the disaster. There were pictures of rows of bodies with sheets over them. I remember looking at them as a child, as this was well before the current trend that children and child-like adults must be protected from all unpleasant realities. 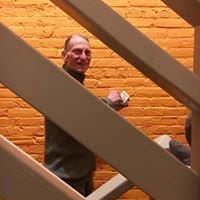 billyboy915
Peggy Tinsley, Probably not as much as you are. You are so delisciously low. At least I know not to use crass, vulgar, gutter language in polite society, but you probably don&#39;t even know what polite society is. Please don&#39;t respond until you&#39;ve at least climbed up to the height of the curb. Have a wonderful life, such as it is.

billyboy915
Kirk Tanaka, Were you annoying as a child too?
Author:
Beowulf
Writer