In 1939, whose nephew wrote a non-fictional exposé in 'Look Magazine' called, "Why I Hate My Uncle"?

William Patrick Hitler (1911-1987) was the nephew of Adolf Hitler. He was born to Adolf Hitler's half-brother, Alois Hitler. After a tumultuous relationship with his family, he immigrated to the United States, where he served in the United States Navy in World War II and received American citizenship.

In the July 4, 1939 edition of 'Look Magazine', a bi-weekly general interest magazine based in Des Moines, Iowa, the younger Hitler published a six-page feature entitled “Why I Hate My Uncle.” Some of the excerpts include his uncle's gestures and mannerisms:

“Being very close to my father at the time, he (Adolf Hitler) autographed a picture for me. We had cakes and whipped cream, Hitler’s favorite dessert. I was struck by his intensity, his feminine gestures. There was dandruff on his coat.”

There is also some disturbing implications about the suicide of Hitler’s half-niece:

“When I visited Berlin in 1931, the family was in trouble. Geli Raubal, the daughter of Hitler’s and my father’s sister, had committed suicide. Everyone knew that Hitler and she had long been intimate and that she had been expecting a child – a fact that enraged Hitler. His revolver was found by her body.”

It’s unclear if the early articles were published for noble reasons, or personal gain. , Known for prominently featuring eye-catching photography and well known people, 'Look Magazine' was published until 1971. The July 4, 1939 issue of 'Look Magazine' is a rare for collector's item.

Richard G Schwartz
Would love to read this. 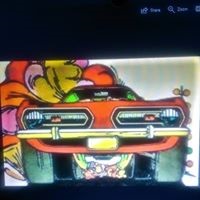 Richard D. Boyle
Good piece of trivia although the date is a huge hint.

Joseph A. Robitaille
Wow, good one.

Chandran David
The question itself exposes the answer if you read it repeatedly along with the year 1939 !

Corey Taylor
Robin Heckler, TIME magazine still exists, but it no longer has any standards on journalistic integrity.

Darlene Davidson
Look and Life magazine were popular, and entertaining and informative.